Leave my sister and me alone 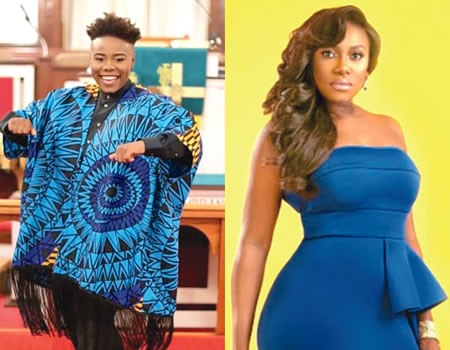 Afro pop singer, Teniola Apata, popularly known as Teni  Entertainer, has warned those who have been trying to create a rift between her and her sibling, Niniola, to desist from such act, wondering why people have been bent on creating a problem where there is none.

Investigation by R revealed that the chubby singer, who has released back-to-back singles and has worked with A-list artistes in the last few months, has resisted the temptation to be drawn into any media war with her sister over the success of their music career.

It is believed that certain individuals, especially her fans on social media platforms, have intensified efforts to know how the two music stars have been coping with their fame with some even trying create what Teni described as “unnecessary friction to satisfy their curiosity.”

Niniola is rated as Nigeria’s most vocal singer and has been on top of her game for years, dropping singles and rocking different stages.

Though, some music enthusiasts and public commentators have argued that while Niniola might have ruled the airwaves for a number of years, she has not lived up to expectations.

Since her sister, Teni stepped into the game, the attention suddenly shifted to her and many people wondered if the two are getting along very well.

Teni, while reacting to the unending comparison between her and Nini, said their fans should let them be, telling those who cared to know that she was only concentrating on her craft.

A fan pushed the question to her on Twitter, asking “I wonder what Niniola might be thinking now seeing Teni, her sister, taking all the accolades.”

Teni simply warned the fan to leave her and Niniola alone. “I think you guys should just leave my sister and I alone. We are doing fine,” she said.

Soyinka and murderers of memory