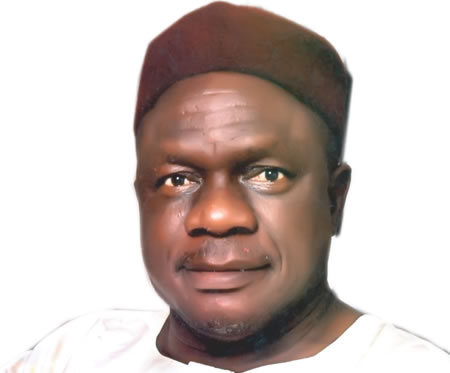 THE former Speaker of the Kogi State House of Assembly, Chief Clarance Olafemi has called on the People’s Democratic Party (PDP) to leave him alone and face the election that is coming up on November 16.

Speaking with Nigerian Tribune in Lokoja, also the former acting governor of the state said he is not the first politicians to dump one party for another saying he never denied meeting with governor Yahaya Bello.

He noted that the impunity in PDP made him shift his loyalty to the All Progressive Congress (APC) adding that when he was in PDP he played his role very well as a party member but all his efforts were fruitless.

” The impunity in PDP is what I cannot take any longer. My people have spoken and am for my people that have always be with me when I needed them most.

“I contested for the Senate, but I was edged out by PDP, I was never given the chance to achieve my dream. Okun people want to be governor of the state and governor Yahaya Bello has just one more chance. I better stand with the party that believed in bringing everybody on board.

“Instead of PDP to face the governorship election that is coming they keep on disturbing me. Am not a kid I have been in politics for long now and I know what is good for me,” he said.

He advised PDP to face the situation at hand and stop blackmailing him just because he has decided to join APC.

According to him, election is not won when you try to destroy the reputation of another person adding that he consulted with his people before dumping PDP for APC.

He also noted that the people of Kogi west can not wait for another eight years before they can have the opportunity to become the governor of Kogi State.

Olafemi pointed out that he will not join issue with any person but rather will focus his attention in Kogi politics and see how Kogi west can benefit when the time comes for them to provide governor for the first time since the creation of the state.

“We can not continue to produce the deputy governor all the time. What is bad if Kogi west also produces a governor for the first time,” he asked.

Musa Wada is only interested in festering division ― Fanwo