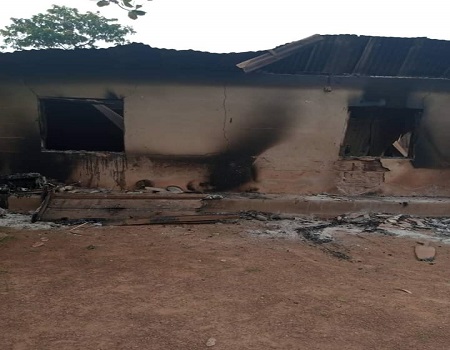 Following the recent leadership and land tussle in Amuzu Igbeagu community in Izzi Local Government Area of Ebonyi State, properties worth millions of naira have been set ablaze in the area.

According to one of the victims, Jacinta Onyiyechi, who lamented that she had lost all her certificates and other vital documents when her father’s house was set ablaze by miscreants hired by one of the factions, traced the genesis of the incident to 2016 when some members of the community allegedly led by one Mr Nkwuda plotted to hand over a mineral-rich land in the community to a prospective miner even when the community resisted attempts to take over the land.

Another victim of the incident, who spoke on condition of anonymity for fear of more reprisals accused one Mr Maurice Nkwuda, husband of the Coordinator of Igbeagu Development Centre, of masterminding the crisis. 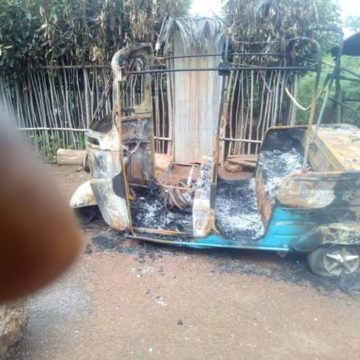 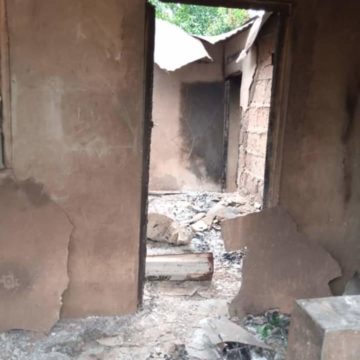 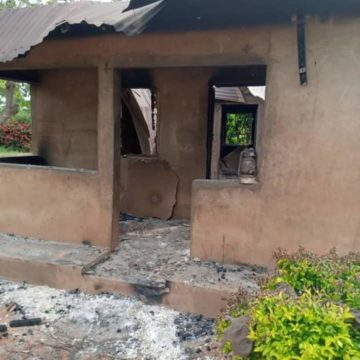 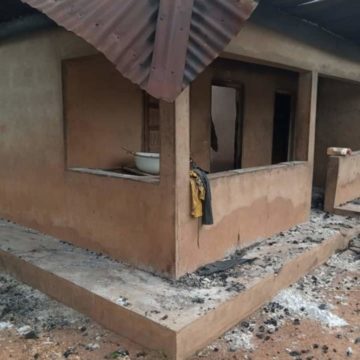 The source further revealed that around that period, the Community’s Executives’ tenure ended and backed by Mr Nkwuda, they refused to hand over or conduct another election.

“They wanted to remain in power and use their power to force the community to hand over the land to them and their preferred mining company.

“This led to a court case which lingered till March this year when the court gave judgement against them and ordered the executives to hand over to a newly elected leadership, but they still refused to hand over,” the source said

The source added that the villagers wrote to the state government which ordered them to hand over to the newly elected leadership.

The source noted that having lost the leadership of the village which is the only way for the ousted group to gain control of the land, the group resorted to the importation of gunmen to attack and intimidate the villagers.

“They hired gunmen who are at the border with Cross River State to attack us and burn down our houses,” the source said.

“They first came two days ago (Wednesday) and started shooting into the air. People ran away and they packed people’s properties and destroyed damaged some buildings.

“The community complained to the Commissioner for Border Peace and Internal Security who called for a meeting and sent police there.

“But yesterday (Thursday) night after the police left, they came back and burnt down many houses and properties.”

Further details of what happened were still sketchy at the time of filing this report, as Tribune Online could not independently verify the allegations against Mr Nkwuda, because he refused to speak on the issue when contacted.

“I am very busy. I will call you later when I am done,” he said on phone to our reporter after which he ended the call.

Afterwards, he refused to pick several calls placed to his phone. He also did not respond to text messages sent to him.

He was yet to call back as he promised at the time of this report.

Meanwhile, his wife and Coordinator of Igbeagu Development Centre, Mrs Roseline Nkwuda, did not take calls placed to her phone line.

However, Police Spokesman, DSP Loveth Odah confirmed the incident, adding that Mrs Nkwuda denied the involvement of her husband in the attacks.

She said the information available to the police is that the crisis is as a result of a tussle for the village head of the community.

“Yesterday (Thursday), I had to contact the coordinator of the Development Centre. It was alleged that her husband was working with the former village head of the community.

“She denied that her husband is involved in the attack. She also promised to come to the station on Monday.”

Mrs Odah said the police have sent a patrol team to the area to restore calm and normalcy.

“The matter has been transferred to the State Criminal Investigation Department (CID) Abakaliki and we have commenced an investigation,” Mrs Odah added.