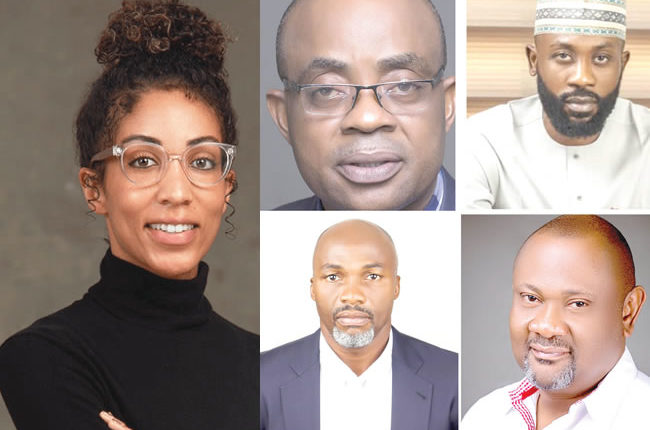 Everything a leader does should be targeted at producing results; every resource put at the disposal of a leader is to make him generate results. Those who put the leader forward look forward to the results he can turn out. Those who flock around him do so because of the results they expect. Those who observe from a distance anticipate result. Everyone is interested in the result a leader can come up with; everyone waits to see the changes he can effect with the position he occupies. Leaders are justified or crucified by the results they produce or fail to produce. Therefore, irrespective of what else a leader does, if he fails to produce desirable results, he has laboured in vain.

What is leadership result?

Many leaders’ failure to produce result is a consequence of their assumptions. Result is rarely universal in interpretations; there are many shades of it because every stakeholder in a process has his own perception of what success is. In a corporate setting, if the leader sees result as growth, he may want to measure this by the size of the turnover, branch expansion, introduction of new products or even the visibility of the organization’s products in the market place. But to others in the same organization, growth could be the public perception of the company, its return on asset, return on equity, net profit margin, operating margin, gross margin or even industrial harmony. So, if a leader’s perspective of result is wrong, he can never get the right result because he will be deploying resources towards a wrong end. Therefore, to avoid being caught in such a cul de sac, it is best to have a firm understanding of what result is to the critical stakeholders so that the leader will not bark up the wrong tree.

In One Minute Manager, Ken Blanchard and Spencer Johnson suggest that the major stakeholders in an engagement must agree on what the target is at the outset and document same. The wisdom in this is that it provides immediate feedback at any point in time for all concerned and, as a result, facilitates easy assessment of performance.

Result-producing leaders have a number of identifiable traits. Here are some of them.

Having a clear vision

The starting point of being a result-producing leader is to have a clear vision of what you want to accomplish. Vision is the essence of an organization. Without a vision of what it wants to accomplish, an organization will grope in the dark, falter in its steps, fritter away opportunities, waste time and frustrate everyone. Vision is the compass that guides an organization into its desired destination. It is the encapsulation of an organization’s aspiration; where it wants to be and what it wants to become. Without a compelling vision, a company cannot record sustained success because it will fail to devote the whole of its resources to what should matter most to it.

However, it is not enough for the leader to have a well-defined vision for his organization; he must also be able to communicate same in an inspiring way to the workforce who will implement it. The leader must be able to transfer the picture of the future which has been developed in the darkroom of his mind to his people for them to see what he sees and be as hungry for its realization as he is.

People like to work with confident leaders because not only do they give their best, they also require same of their followers. The reality is that almost everyone wants to be better, so they flock around leaders who they believe can facilitate their improvement by building confidence in them.

Without confidence, a leader may be unable to take the required decisions that will produce the desired results. Oftentimes, leadership requires taking risks, but it is only confident leaders who not only believe in their own abilities but also in the abilities of those who work with them that take risks that have the capacity of turning the tide in their favour. Leaders who lack confidence try to play safe but those who play safe can only achieve known results; those who want to achieve what has never been accomplished must do what has never been contemplated. That is risk-taking and it requires confidence to take risks.

Fortune always favours the bold, never the timid nor the ambivalent.

Lethargy in an organization is principally a consequence of wrong positioning of the personnel. When people are allowed to operate in their areas of strength, there is no limit to what could be accomplished. Properly placing personnel fires them up all the time. It kindles self-motivation, generates momentum, and makes people go gung ho.

Leaders must understand that it is resources that produce results. The best resource at the disposal of the leader is his personnel and he must deploy them very well if he wants to up his results. While animals thrive in their natural habitats, employees produce their best when in their areas of natural strength.

A leader must have a nose for opportunities even when they are still years away from everybody’s consciousness. The result a leader is able to produce is directly proportional to his ability to identify opportunities. A leader that is unable to recognize opportunities will only be able to recycle earlier achievements. Doing new things, which is a prelude to getting new results, requires seeing the hidden or the unseen. Leaders are able to identify opportunities by watching the trend of events in their areas of operation and the society as a whole. It is said that the only thing that is constant is change. The implication of this is that the cycle of change in human wants and desires can never be broken. It is the responsibility of leaders to find out the new service or products that will dazzle the people and endeavour to see how his organization can meet the emerging needs. It is the leaders that are quick to identify those new trends and do not dither to offer required services or products that are positioned to profit the most from such opportunities.

If consumers’ needs often change, it goes without saying that new skills would be required to offer new services or provide new products. When the preference of the market changes, it is foolhardy to rely on what worked in the past. Those who are enamoured by what worked in the past usually fail to shift to the skills that are required to cope with current realities. Therefore, to be able to cope with new consumer demands would require the possession of new skills. This means that if the leader has to scale up his result, he needs to tune up not just his skills but the skills of his workforce.

No one can do more until they know more. There is a strong correlation between what people know and what they do. Therefore, to make both an organization and its people relevant in changing times, continuous training is non-negotiable. A leader who wants to ensure that his organization consistently breaks record will not spare the cost of constantly increasing the capacity of the workforce.

Nothing knocks the lid off employees’ capacity more than being sure of having a leader who will have their back should things turn awry. Many employees who want to try new things are held back because of the fear of possible backlash should the attempt backfire. This has robbed many organizations the opportunity of achieving great feats. Therefore, a leader who is willing to take responsibility for the mistakes of his people has a good chance of recording great results.

One mark of great leadership is the willingness to take responsibility for failure and the reluctance to take credit for success. By having the back of his colleagues when things go wrong, what the leader does is that he provides them with security, which is a basic human need. Once most people are assured of security when the unexpected happens, there is no end to which they can go to give their best for their organization. To up his result, a leader must be willing to carry the can when the team fails to deliver.

No leader can produce worthwhile results without being intentional about it.

What smart leaders don’t do

Seeing further than your eyes can see