Leadership is a service not position ― ICAN 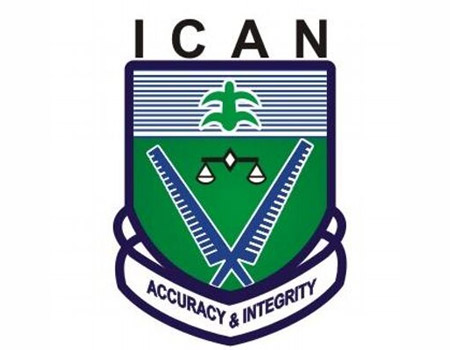 The Institute of Chartered Accountant of Nigeria (ICAN) Ibadan district society has advised public office holders to see leadership as service not just a position of authority.

This was disclosed by Mr Oyebode Oyedepo who was the guest speaker at the society’s 2019 annual dinner and award ceremony held at Premier Hotel Ibadan.

He added that people such as accountants should use the knowledge attained from their profession positively to ensure accuracy and objectivity.

Permanent Secretary, Ministry of finance,  Mr Musa Olawale, who was also one of the awardees spoke on the importance of Accounting profession towards the development of the country, said that accountants are meant to manage resources of the country accurately.

ALSO READ: We will ensure due process in the implementation of budget, Gamawa assures lawmakers

Alhaji Olawale, however, expressed his gratitude towards the recognition given to him by ICAN.

Other dignitaries present at the occasion include the commissioner for Finance, Oyo State, Mr Akinola Ojo, and also the Accountant general of Oyo State, Alhaji Gaffer Bello.

Speaking at the event, the chairman of the Institute of Chartered Accountant of Nigeria (ICAN) Ibadan district society,  Alhaji Ademola Ogunesan define service as a helpful activity to others.

“Service gives happiness, empirical evidence has shown the large transfers of virtues to the future generations of children.”

One of the Awardees, Mrs Oyebode Oyekunle, while speaking on the impact of Accounting to the nation, emphasised that every accountant should not be after money but be ready to serve her community.

“I would like to advise one who wishes to be an accountant that one will not be stinkingly rich but will not be hungry, but should rather concentrate on serving its country,” She said.