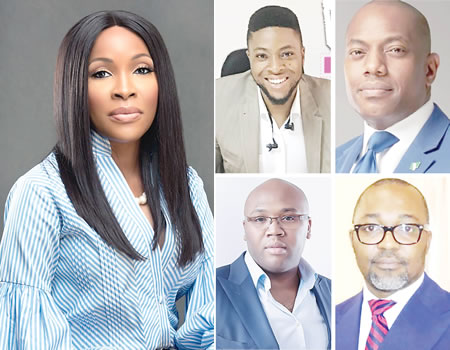 Leadership generosity is putting the needs of others ahead of yours, subjugating your welfare, concerns and success to theirs. Great leaders are generous, they spend and are spent on the cause in which they believe. They believe that a candle loses nothing when it lights others, so they pull out all the stops to ensure that both the people and the organization they lead thrive. Leaders can be successful without being generous, but no leader can achieve significance without generosity. Hence, the most important characteristic of great leadership is large-heartedness.

Leadership generosity is founded on what South Africans call ubuntu, which means, I am because we are; a reference to the interdependence of humanity. Every great leader knows that his success is made possible by other people’s contributions. As observed by leadership genius, John C. Maxwell, “One is too small a number to achieve greatness.” The greatness of one man is made possible by the industry, perseverance and sacrifice of others. Consequently, leaders who understand this lead with compassion. Such leaders refrain from treating team members and employees as expendable tools but rather as indispensible partners in the business of growing the company and achieving set targets. Thus, with a generous leader, everybody thrives.

A tale of two seas

Though referred to as seas, the Dead Sea and the Sea of Galilee in Israel are actually lakes that are joined by River Jordan from which both get their water supply. The Dead Sea is the deepest hyper-saline lake in the world. The salinity makes it difficult for animals and plants to survive in it or near it, hence the name Dead Sea. It is the only water body on which every object floats. On the other hand, the Sea of Galilee supports life; the vegetation around it is full of fauna and flora with millions of birds migrating across Israel to the area every year.

Why are two neighbouring lakes, which get their water from the same source, so different? Why is one lake pro-life and the other anti-life? The difference lies in the fact that while the Sea of Galilee does not hold on to the water it takes from Jordan but releases same back to Jordan and other neighbouring streams, the Dead Sea hoards all the water it gets without letting out any. This is what is responsible for its high salinity and its hostility to life. By releasing what it has, the Sea of Galilee gets fresh every time and its freshness refreshes everything that is connected to it. On the other hand, the Dead Sea does not let out anything and consequently becomes toxic and its toxicity kills life around it.

Leaders are generous with capacity building

Perhaps more than any other thing, what the leader owes those who believe in his leadership and identify with him is the development of their capacity. The most critical ingredient to development in any sphere of human endeavour is continuous improvement. A leader helps the follower to accomplish this by exposing him to opportunities that will enhance his growth. This is mentoring.

Good mentoring changes people and transforms an average person into a superstar. Most people are like rough diamonds, it takes mentoring for the gem and the luster to come to the surface. Lionel Messi is today one of the world’s all time best footballers. But this outstanding sportsman would have been lost to the world if not for Carles Rexach, former Barcleona player and coach, who discovered him at the age of 12. He picked up the starlet, polished him, mentored him, coached him and gave him a platform to express his skills. All of that went into making Messi the great footballer he is today.

Leaders are generous with creating opportunities

To expose followers to opportunities, a leader will do well to delegate responsibilities. To expect that a mentee will get it right from the onset is to expect too much. But the more opportunities he is given, the better he gets, though he fumbles and falters along the line.

Leaders are generous with praise

Many a follower is self-conscious because of the recognition of his inadequacies. What everyone needs the most when starting out in a career is a cheerleader, not a cowing critic. So, a leader must be a cheerleader, a motivator, an encourager and an inspirer. It is his duty to give hope to the follower when result seems to be at variance with efforts. It is by so doing that he brings out the best in the follower.

But a leader is not just a cheerleader, he also must be able to correct when the follower goes wrong. However, he must be able to effectively distinguish between constructive and cowing criticisms. The essence of the criticism of a leader is to elicit the best from the follower. That should always be the guiding principle. Once the leader knows that he is working to improve the follower, he will rely less on the stick and more on the carrot. He will also make it a point of duty to laud the achievements of his mentee.

Leaders are generous with their attention

Every great leader realizes the need to connect with those who work with him. He does not relate to them as statistical figures or inconsequential parts of the system, rather he treats them with utmost dignity by paying attention to them. No matter how pressed he is for time, when any member of the team shows up with an issue, he drops everything and gives him attention. Even if he cannot immediately proffer a solution to the issue, he makes the follower feel good by offering to listen to him. Great leaders give their ears to the people and by so doing get their hearts. Great leaders provide shoulders for others to lean on, and consequently win their hands. When a leader pays attention to his people, he wins their loyalty, respect and admiration. It is not every time a leader is approached by a subordinate with an issue that the issue makes sense or is even worth the leader’s time but he does not betray his disappointment, rather he thanks the subordinate for approaching him with the matter and assures him that he would be willing to hear from him again in future. Great leaders make everyone who comes into their presence leave with a spring in their steps. As said by Maya Angelou, people may not remember what you said, they may forget what you did, but they will never forget how you made them feel.

Leaders are generous with their support for others’ aspirations

Great leaders are not just concerned about the accomplishment of their own vision and mission but also have a space in their hearts for the aspirations of those who work with them. So, they find out what the aspirations are and spare no effort to help them live their dreams. As put by Roy T. Bennett, “Great leaders create more leaders, not followers. Great leaders have vision, share vision, and inspire others to create their own.” Great leaders realize that for those who work with them to stay inspired at all times, they must have a sense of self actualization. This comes only when what they consider as their aspiration is achieved or being progressively achieved.

When leaders are not generous, their legacy ebbs away while they still live.

The most overlooked critical skill to ensure lasting leadership