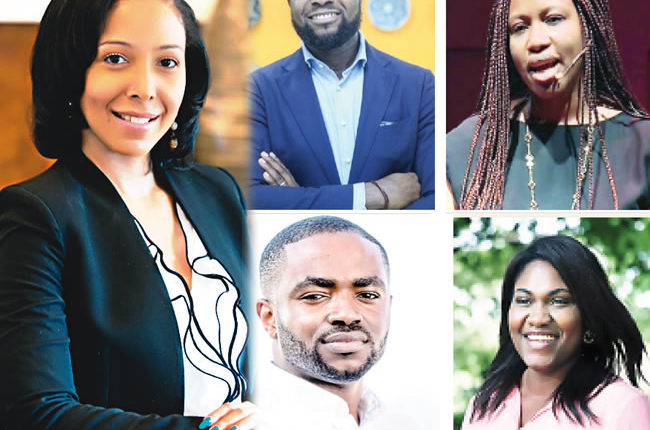 Love is the ultimate leadership tool. The reason is simple; there is a nexus between love and leadership. The objective of love is to make its object better. Hence, love is never passive but rather passionate; it never takes a rest until its purpose is accomplished. Similarly, true leadership is focused on bringing out the best in people and situations. As observed by Harvey S. Firestone, founder of the Firestone Tyre and Rubber Company, the growth and development of people is the highest calling of leadership. So, love-driven leadership is result-oriented because it is mutually beneficial. It is not aimed at using people to achieve an end but improving the lot of the people as a prerequisite for achieving predetermined corporate goals. So, a leader that is determined to make his people better can only achieve that if he has love as his foundation.

Love in this sense has got nothing to do with romance but everything to do with emotion. Man is an emotional animal. His actions are controlled by emotions. When the emotion is right, there is no limit to what he can achieve but the reverse is the case when the emotion is awful. Therefore, love is emotionally connecting with the people. It is bonding. It is leading with the heart rather than the head. It is caring about issues that matter to the people. It is being concerned about what concerns them. It is being interested in their progress and well being. It is helping them to become better individuals. It is leading them to build a fulfilling and rewarding career. It is demonstrating to them that they are more important than the task. It is positively shaping their lives. It is allowing an intimacy that energises the workplace.

A loving leader is the dream of everyone. The following are some of the ways leaders demonstrate love to their followers.

Telling them the truth

The sustaining power of love is candour. Without candour, love will end up in tatters. Lovers must tell each other the home truth. Relationships are jeopardized when the truth is hidden. Leaders who evade speaking the truth to avoid hurting the people concerned always bring far greater hurt to their organizations and the ones they are trying to shield from the truth than those who tell the truth as it is.

A leader must always be candid when it comes to assessing his people. This is because improvement is possible only if an individual is made to understand early enough the gap between his performance and the organization’s expectations. But when he is made to believe that he is doing well while in reality that is not the case, he is unable to drive himself to raise his game. If because he does not want to hurt the feelings of his people the leader fails to tell them what they are not doing right, not only will he be robbing his people the opportunity to improve, he will also be denying his organization the chance of having the best of those people.

However, while telling them the truth about their performance, the leader should avoid condemning them. Condemnation always results in loss of confidence. So, telling the truth should be done with a view to bringing the attention of the person concerned to the issue without bringing him down.

The easiest way to grow is to learn from the masters. People do what they learn and become what they practice. One of the debts of a leader to those he superintends is guidance that will result in their improvement. Love-based leadership is sacrificial. The leader must be willing to sacrifice his time to pour himself into his people. A great leader does not hold back from his people information that can improve their lives. He teaches them all he knows and encourages them to learn more from others. He also allows them to climb on his shoulders to see farther than their peers.

A great leader also provides wings for his people to fly by helping them to develop their strength. The truth about personal strength is that many times the individual may not be aware of it. It takes a leader who is not aloof to notice this, call the attention of the individual to it and help him to hone the skill. If a leader is not caring enough to take this up, the individual will struggle through life labouring in areas where he can only be an average performer instead of working in areas where he can soar like the eagle.

The undoing of many good leaders is their penchant for wanting to produce minions; they do not want to produce those whose achievements will surpass theirs. They want to remain the big cock in the environment. But that is not just an injustice to their people but also a disservice to themselves. As John Maxwell has said, leadership is nothing but influence. When a leader raises great leaders what he has done is that he has increased his influence. Wherever his mentees get to they talk about their leaders. That means his influence is not restricted to where he can reach personally. But when a leader raises minions, he has shrunk his influence. He will remain a star whose influence is limited by space.

Socrates never wrote any book but he is credited as one of the founders of western philosophy because he raised Plato who documented many of his views. Plato also raised Aristotle who expounded the views of both Socrates and Plato. Nobody outside his generation would have ever known anything about Socrates if he had not taken time to pour himself into Plato. As observed by Ralph Nader, an American political activist and lawyer, the function of leadership is to produce more leaders, not more followers.

Create opportunities for them

To expose followers to opportunities, a leader will do well to delegate responsibilities. To expect that a mentee will get it right from the outset is to expect too much. But the more opportunities he is given, the better he gets, though he may fumble and falter along the line.

Help them up when they are down

One of the critical functions of a leader is to prevent a repeat of his personal mistakes by his people. That is why the leader is a mentor. A mentor shares his personal experiences as well as others he knows of to provide a guide for his people.

However, in spite of this, mistakes do happen and when these happen, the leader is expected to help them overcome the situation by providing a shoulder for them to lean on.

A middle level officer in a big company committed a blunder that cost his company a huge sum of money. The officer felt so embarrassed that he decided to resign his appointment. He put together his resignation letter and approached his supervising officer with it, apologizing profusely as he did so. But the boss refused to accept the resignation letter saying the unfortunate incident had enriched the officer’s experience and he would be a better person in future.

The boss was able to take this position because he was operating a love-based leadership. He was not out to destroy those put in his charge. As painful as the situation was for him and costly to the organization, he was able to see that failure was nothing but an opportunity for improvement.

So, great leaders don’t kick those who are down, they help them back to their feet.

Show interest in their personal lives

A leader who is motivated by love extends his relationship with his people beyond the office. This is premised on the fact that the performance of an individual is a function of his state of mind. If he is at peace with himself, his output will be remarkable but if he is troubled it would be reflected in his performance. So, a loving leader goes a step further to find about the personal aspiration of his people to see what he can do to help in the realization of this. He also shows interest in their relationships outside the workplace. He is interested in the total wellness of his people. He is interested in the career progress of his people’s spouses, the academic success of their wards and the state of health of their parents. He is concerned about issues that matter to his people. He makes it a point of duty to send a message to every one of his people on their birthday or wedding anniversary. He deliberately creates an atmosphere of conviviality that makes everybody feels wanted, appreciated and loved.

Although he does not do this essentially to boost productivity, the effect on the people’s performance is great because love never fails to bring out the best in human beings.

The best way to help people is to love them.

Building a good foundation for leadership