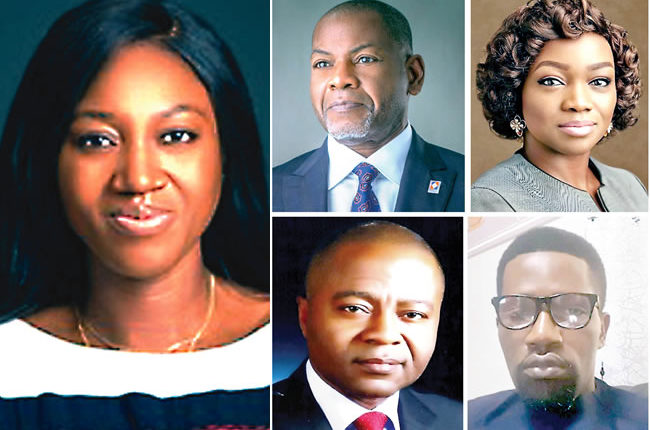 Leaders are generally regarded as agents of change because they determine their organization’s direction. A leader is not expected to maintain the status quo; he should take his organization a notch higher than he met it. If a leader gets into a badly run organization, it is his lot to turn around the situation and mould the wobbly company into one that meets the aspirations of all stakeholders. If a leader inherits a successful organization, he is looked upon to make it better by improving on its performance. However, for leaders to achieve the desired results, they require resources. Leaders deploy available resources to produce desired results. A leader’s success in achieving set targets is largely dependent on his adroitness in resource deployment. When leaders use resources correctly, the effect shows on the health of the organization, its environment and its bottom line. When a leader fails to make the best use of available resources, the organization pays for it through a below par performance.

Principally, four resources are available to a leader; these are the human resource, finance, time and the company’s reputation.

How leaders manage resources to get desired results

A company’s human resource is its most important asset. The success or failure of an organization depends on how well the human resource is managed. Vision is translated to reality by the workforce, goals are achieved by the workforce, and the environment is made sustainable by the personnel. Hence, the aptness of Peter Drucker’s assertion that “Of all the decisions a manager makes, none are as important as the decisions about people, because they determine the performance capacity of the organization.”

While the workforce is an asset, it is not a given that it will produce the desired result. For the personnel to produce the result that can propel a company to prosperity and sustainability, the leader must position those he leads to achieve their maximum. Well-managed people always extend the frontiers of their leaders.  When the workforce is properly led, the stage is set for the prosperity and longevity of the organization. For the workforce to maximize their potential, the leader has to do three things.

First the leader has to educate them. This has to do with training and mentoring. When an employee is trained, his eyes are opened to new things and the capacity of his mind is increased. With this, he becomes more than he has ever been and is poised to do more than he has ever accomplished both in quality and in quantity. An organization that fails to train its personnel incapacitates itself and limits both its revenue-generating ability and growth possibilities.

Then the leader has to empower them. This has to do with equipping the workforce. While a trained employee can exceed expectations, he will not be able to do as much as he would have done had he been backed up with the right equipment. When expertise in an employee meets the right equipment, the organization reaps the harvest of speed, precision and innovation.

Lastly, the leader must energise his workforce. To energise is to match skills with tasks. Many leaders fail in this aspect because they do not invest time in getting to know their employees enough. As a result, they either underutilize them or frustrate them. It is part of a leader’s calling to know his people enough to know their strengths and weaknesses with a view to enhancing the strength and making up for the weaknesses.

When a leader educates, empowers and energises his workforce, he unleashes them to be their best and set the stage for his organisation’s greatness.

When Howard Behar joined Starbucks in 1989 as Vice President (Sales and Operations), the company had just 28 stores. By the time he was named CEO in 1995, six years later, he had grown the retail business to over 400 stores. In 1996, he opened the first Starbucks store in Tokyo. The spread continued across Asia, Middle East and Europe. By the time he retired in 2003, Starbucks had over 15,000 outlets across the globe.

According to Behar, the company was able to do so well under him because he put the people first by training, equipping, energizing and serving them. He treated them as humans and made their welfare his priority. To show his emphasis on putting his people before the business, he came up with the catch phrase. “We aren’t in the coffee business serving people; we are in the people business serving coffee.” He put serving and empowering the people above serving coffee.

As a result, the people’s skills and enthusiasm went up. As the workforce got better, the company also got better. Thus, quarter after quarter, year after year, the company posted heartwarming results.

A major resource whose deployment can take an organization from the nadir to the zenith or vice versa is finance. Cash has always been king and it is not about to relinquish its crown. Organisations that learn to manage money well stay on top, those that do not go aground. Most of the companies that fail do so because they run out of cash. Therefore, one thing a leader must be conversant with in the management of money as an organizational resource is cash flow, both inwards and outwards. To have a grip on cash flow, the leader must understand his company’s cash conversion cycle, how long it takes for every naira or dollar spent to return to the company. If a leader does not get that right, he will get many things wrong.

To properly manage financial resources, the leader must enshrine a system that sticks to the budget as much as possible. Most of the companies that go broke and go bust do so because of financial indiscipline. So, keeping to the terms of the budget is a way to immune the company to sudden financial crisis. Then the leader must also track the company’s spending to ensure that money spent delivers the expected value.

Between Cooperative Bank and Prudent Bank

When Professor Charles Soludo’s Central Bank of Nigeria decreed that banks should up their capitalization to N25 billion by the end of 2005, many of the lenders were at their wits’ end. A number of them were forced to merge to meet the requirement. That brought the Cooperative Bank Plc, Prudent Bank and a few other banks together. Of all these banks, Cooperative was the oldest and the biggest. It had more branches than the rest and it had more customers. But the bank did not have as much cash as was required. So, rather than play the lead role in the merger process, it had to yield that role to Prudent that was more liquid. Consequently, many of the principal employees of Cooperative Bank, including its CEO, had to be eased out while employees of Prudent Bank took charge. The undoing of Cooperative Bank was its poor cash profile.

Oftentimes, when a company has a weak cash profile, it is robbed of opportunity for greatness.

Time is a very important resource. Its management often differentiates between strong and struggling companies. Leaders that make the most of their time are guided by a sense of urgency. When a leader has a sense of urgency, he is able to steer his people to great productivity. When urgency is not applied to issues, time is wasted while other resources are mishandled, misapplied or even misappropriated. All of which tell on the results of the organization.

While great leaders invest their time, ordinary ones either spend or waste theirs. Great leaders do not waste time in taking decisions and are quick to implement their decisions. But on the contrary, ordinary leaders take forever to reach a decision and wait till the day after forever to implement same. This is why so many organizations barely manage to exist.

To encourage their people to make the most of their time, leaders do three things.

First, they paint a picture of opportunities possible as a result of developing a sense of urgency. Seeing what is possible will whet the appetite of the people and energise them into taking actions that will bring about positive changes.

Then, they link the ultimate result to personal benefits of the workforce. Most people will do anything to protect their interest. So, as a way of generating interest in developing a sense of urgency in team members, the leader needs to show them how the result derivable from the exercise will positively impact on their lives.

Third, they set enforceable deadline. Parkinson’s Law states that work expands to fill the time available for its completion. This means that an assignment that could be completed in five hours could actually last five weeks if that is permitted by those saddled with that responsibility. In the same vein, the same assignment could be completed in four hours or less if those handling it would make up their mind to do it within that time frame. Therefore, a leader must always set the time within which a task must be accomplished and ensure strict compliance. Not only does this result in efficiency, it also leads to instant appropriation of opportunities.

Every organization has a reputation. This can either be enabling or inhibiting. If a company has a good reputation, the leader’s job is not just to ensure that nothing tarnishes it but to also work towards improving it. If the company’s reputation is negative, he needs to work hard to turn the narrative around.

Reputation is a resource because, if properly deployed, it communicates a company’s values to its publics. A company’s reputation determines whether the public wants to buy its products or not. So, reputation is vital to the sustenance of a company.

To build a good reputation for his company, a leader has to ensure that the company lives up to its promise. Every product or service makes a promise. That is what buyers trade their money for. If a business consistently meets or exceeds the expectations of its customers, it builds a reputation as a reliable company. But when it fails on this promise, not only does it lose patronage, it also builds a reputation as an unreliable organization and this ebbs its goodwill.

The mark of strong leadership is deft utilization of resources to achieve desired results.