Leaders and power of business reform 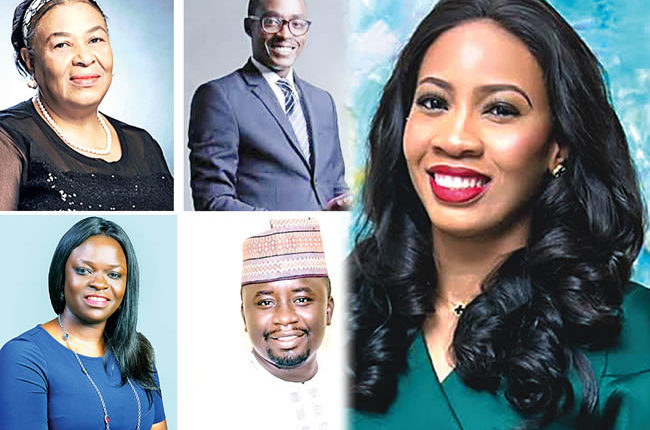 One of the denominators of great leadership is the ability to see the invisible. A leader sees a need before it arises; sees opportunities before they become obvious, sees problems and gets the solution before they arrest everybody’s attention. He travels to the future ahead of his people and charts ways to take the people to the envisioned future.

Without vision, leadership will be a disaster. Really, visionless leadership is an affliction on the people and the system. The worst tragedy that can befall an organization or a people is to be saddled with visionless leadership. It is akin to a blind person leading a group of blind people; their predictable end is not enviable.

A major responsibility of anyone in leadership position is keeping an eye on the trend so as to be able to know what the future portends. To lose sight of the trend is to be a laggard. The test of leadership, more often than not, is in the ability to effectively predict the trend of event in an industry or a sphere of life at any point. This is important because the only thing that does not change is change. Needs of the market will never remain the same, they will keep changing. It behooves on the leadership of an organization to see what the market will need ahead of time so that it can decide on the product that will address such needs.

Being ahead of the market in identifying needs helps an organization to know how it is doing and what changes will also be required of it ahead of time so that it can remain relevant. It is important to do this because the only real measure of business leadership is performance.

Omatek Group, established by Mrs Florence Seriki, started as a training outfit. The company, which came into existence during Seriki’s NYSC days, was set up to offer computer training services to corporate executives. This was before computer training programme became the in-thing in the country. But she knew that she could not retain her edge if she stayed rooted in training alone. So, she ventured into other things.

According to Mrs Seriki, “As I was training executives, I realised that many companies did not have enough computers, I saw this as an opportunity to start selling computers. So, I started initially by buying foreign brands and selling to my customers. As a result of the excellent sales performance achieved by Omatek Ventures, we were appointed as a premium partner of Microsoft. By this time, we had annual sales revenue of over $1million.”

From merchandising, Omatek veered into manufacturing computer sets. The company also moved into the production of television sets and other household items. The company is currently leveraging on the energy challenges in the country to produce solar hybrid alternative power solutions with the deployment of LED bulbs for domestic and industrial use.

The Omatek Group founder explained that the company’s venture into this line of business started following an insight she got after a meeting with a former Minister of Power.

She said, “I was at a meeting with the Minister of Power where he stated the efforts of the government to increase power generation. Then, it occurred to me that while the efforts to increase power generation should continue, it is also important that we bring down the rate of power consumption. I realized that most of the bulbs in use in the country are power guzzlers. It was at that point we decided to go into this line of business. If we reduce power consumption by using energy saving bulbs, we shall free up power for industrial use.”

She explained that the use of solar/LED solution could result in significant operational and maintenance cost savings for schools, public offices, hospitals, hotels, street lighting implementation, rural electrification and rural water system.

Reforming a business becomes inevitable when one or two things happen. The first thing is when a company loses focus of its purpose.

A company has to undergo reform when it slides from its purpose. A business must never lose sight of why it was created. Every good business was established to meet a need or solve a problem. That is what pulls customers to it. Unlike the popular belief, the raison d’être of a business is not profit making, as important as that is. The essence of a business is to create customers and keep same. It is when a company has customers that it can make profit. It is when a company stays true to the purpose of its establishment that it can become profitable. If it neglects its purpose, it may be profitable for a while but it is bound to go down after some time. That is what happened to Starbucks, an American multinational chain of coffeehouses.

In 2007, Starbucks was recording losses. The chairman, Howard Schultz, narrowed the cause of the trend to the company having lost its way. He realized that it was his responsibility to lead the company back to its winning ways. As he put it, the company was heading south because, “The pursuit of profit became our reason for being, and that’s not the reason that Starbucks is in business. We’re in the business of exceeding the expectations of our customers.”

Schultz knew that he was duty-bound to redirect the company, so he took 10,000 managers to New Orleans for a four-day conference as a way of reorienting them about the essence of the company. The 10,000 managers left the conference with “a tidal wave of energy.” A few years later, Starbucks started reporting record profits.

The second fundamental reason a business must be reformed is when it is not in tune with the needs of the market.

Every business exists to serve a market. If there is a mismatch between market expectations and the deliverables of a company, the business has to undergo reformation because the market is already leaving it behind.

The undoing of many businesses is the belief of the leadership in the saying, “if it ain’t broke, don’t fix it.” For as long as the business is doing well in the estimation of such leaders, there is no need to improve on it. After all, they reason, what is the point in changing a winning formula? So, they keep doing the same thing year after year and do nothing to retune the business. It is only when the company runs into crisis that they think of change.

Any company that leaves reforms until it is heading south may never be able to get out of it. As a going concern, a business must always be subjected to reforms and retuning to stay fit and proper. The reforms could be yearly or every other year but it must be a consistent and continuous exercise to benefit the organization.

The primary purpose of a company is to ensure customer satisfaction. This, therefore, means that a company that wants to stay relevant must be customer-centric; it must be in tune with what the market wants. Many companies underplay this and, as a result, underrate the market. Customers’ crave for out of this world product is incomprehensible but it is an ever present yearning. Thus, it is the responsibility of a company that wants to stay relevant to find out what the next craze will be and make it available to its customers.

This is where research comes in. A company does not just foist on the market what it thinks the market wants; it must find out what it needs and make it a point of duty to provide this.

Be abreast of technological development

Technology is the driver of change in the present age. Understanding this is important because the customer is always looking for an easier way of doing things which is made possible through the deployment of appropriate technology. So, to be on constant reform, a company must embrace technology that can improve its service delivery.

Not too long ago, for any air traveler to buy a ticket, he had to be physically present at the ticketing office or the airport. But that is no longer the case as a passenger can now buy his ticket and effect payment online. He can even check in online days ahead of the flight. This has been facilitated by technology and it has made life a lot easier for the customer. Any airline that insists on subjecting its customers to checking in physically all the time will lose a huge chunk of patronage.

Reforms in organizations are not restricted to processes but should also be extended to the people. So, it is important for a company that wants to be sustainable to inculcate in its people the right culture, especially as it affects service delivery and customer service. Every layer of the workforce should be engaged in training and retraining on delivering excellent services to customers. A business that has excellent customer service will easily turn its customers to its freelancing sales people.

Many companies are afraid of championing change in their industry because the market may not respond quite well and all the resources invested in developing the product would merely go to waste. While it is true that it is not every new product that is embraced by the market, the fact is that the market is always hungry for new products. What must be done is to ensure that the product solves a unique problem. Customers don’t spend their resources on a product because they like the manufacturer; they do so because they are looking for a solution to their needs. So, if a new product addresses a need in the lives of the customers, they will embrace it.

Before 1980, there were fixed times for major news reports on television with the whole family gathering before the television set to watch the news but the Cable News Network (CNN) changed that when it started the 24-hour television service. Ted Turner, CNN founder, wanted a platform that would serve news to a variety of people who didn’t have to stop what they were doing to get the news. So, he decided to make news available to everyone on demand every hour of the day. Turner, who got into television business in 1970 after he bought UHF Channel 17 WJRJ, an Atlanta television station, transformed news broadcast on television and pioneered 24-hour television service because of his determination to serve the market better. His efforts have been amply rewarded as CNN has become one of the most authoritative television networks globally while serving over 160million homes.

To be in top form, businesses must continuously reform.

Akeredolu, Yoruba Anthem and the Ancestors