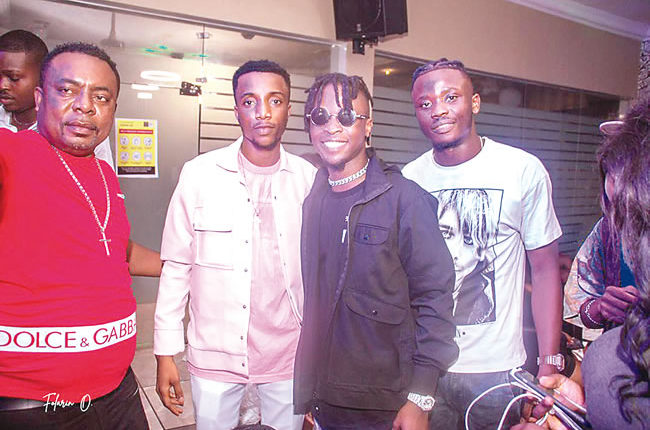 The birthday celebration of Lagos-based social media influencer and lawyer, Olamilekan Bamidele popularly known as King Pexxie witnessed a large turnout of celebrities and media influencers as they came out to celebrate the celebrity lawyer.

Excited celebrant, King Pexxie disclosed that the celebration was a reflection of some of the hurdles in the last 26 years, noting that despite the challenges that came with 2020, Standing tall in good health was worth celebrating.

Describing the celebrant as a good young man, Laycon noted that it was necessary to be part of the celebration, saying King Pexxie “is a man of timber and caliber”.

He added that “aside the fact that he supported me while in the BBN House, he is a reputable lawyer with class and his brand is one that I can boldly associate with”.

With music from city FM Dj Kraizee, Dj Voyst and DJ Yogzy, the event once again proved that social life has finally returned to Lagos and other parts of the state as events appeared to have finally picked up after several months of lockdown due to coronavirus pandemic.

It was indeed a night filled with laughter, hugs and lots of foods and drinks for those who cared for one.

It was indeed a night filled with laughter, hugs and lots of foods and drinks for those who cared for one.