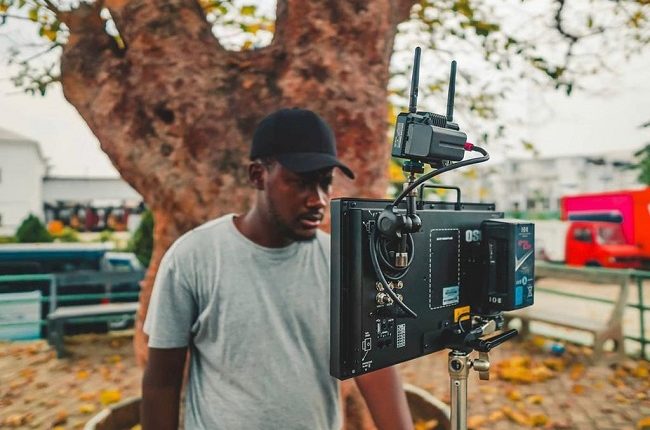 Nigerian filmmaker, cinematographer and video director, Akhabue Evans also known as Director En’man who works and directs for Carel Films where he is also the Chief Executive Officer of the company and is putting a plan together to showcase Africa culture and food.

Director En’man teased the new project will be in form of a series of short documentaries and it’s coming in the 2nd quarter of 2021.

“ Looking at my audience of a total of over 500k on @directorsblog & @behindthescenegram who are people from around the world.

“I have decided to showcase the beauty of Africa culture & food to them. So I will be embarking on a series of short documentaries in the 2nd quarter of this year,” he said.

“I’m trying to embrace being surrendered… the idea of being that you can do nothing… and to keep my head above the waters,” he added.

He has directed the music videos of music artistes like Sinach, Ada Ehi, Rozey, Eben, Jahdiel, Testimony Jaga, and Samsong.

Director En’man is a trained lawyer but found love in motions works, and he is also empowering more film enthusiasts.

He went further to found BTS-GRAM also known as BehindTheSceneGram. A filmmaking blog on the process of filmmaking. Including clips of BTS, organize free training, review film gears and more.

Director En’man is regarded as one of the great Nigerian filmmakers, for his steady pacing, pulsing electronic scores, and raw action.

He is known as such a detailed director who is too conversant with his craft. Little wonder he is a pro in music video production, he is a music genius himself.

Revealing more about his creative process, Mosese said he liked to percolate and process ideas while walking or at a desk, adding that his initial ideas very often led to a very different final work.

“I have loads of ideas, ideas that I’ve heard for a very long time, and new ideas. So I already have a story that I write down in any situation,” he explained.

The surprise visit made on Friday night by the leaders of the ruling All Progressives Congress (APC) to former President Goodluck Jonathan at his residence in Abuja triggered a stir in the major political camps, resulting in at least four possible theories..Lawyer turn Filmmaker

Making a Case for Cryptocurrency in Nigeria Fiyin Osinbajo