Lawsuits against NBMA, borne out of facts on dangers of GMOs, says HOMEF 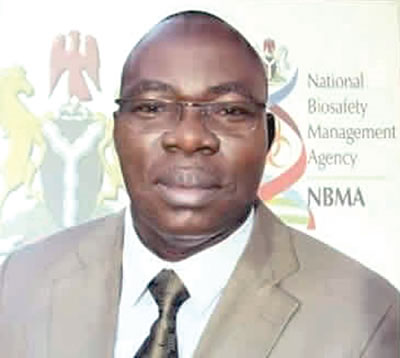 The director of Health of Mother Earth Foundation, Nnimmo Bassey, has said that the litigation against National Biosafety Management Agency (NBMA) is borne out of facts about the threats of GMOs and the disregard for the fundamental rights of farmers and consumers – not from misinformation or lack of knowledge.

Bassey made this known in a statement sent to Nigerian Tribune.

He was reacting to a statement credited to the Director of the National Biosafety Management Agency (NBMA), Rufus Ebegba, who in a workshop organised for legal practitioners reportedly stated: “Lately, NBMA had experienced litigation and we discovered there are some gaps in information and knowledge on biotechnology. That is why we are training some lawyers so that when such litigation issues come up, they can effectively handle the matter with the right information.”

According to the director, the gap in information is rather caused by the Agency as they maintain an unsuitable relationship with modern biotechnology promoters such as National Biotechnology Development Agency (NABDA) and loudly promote the entry of GMOs into Nigeria – rather than regulate the sector.

Bassey stressed that the permits for Genetically Modified (GM) cotton and maize supplied by Monsanto and approved in 2016 by NBMA for commercial release and confined field trial respectively defy the fundamental rights to life and human dignity of Nigerians.

The suit against NBMA, NABDA, Monsanto Agricultural Nigeria Limited and others with regards to permits for introduction of Genetically Modified Organisms (GMOs) into Nigeria plods on.

The hearing of the case which was earlier scheduled for 20 January 2021 was adjourned to 23 March 2021. The case was mentioned at the Federal High Court, Abuja, with both parties present and ready for hearing but the court excused the proceeding for lack of time. Bassey stated that the adjournment will not deter efforts to ensure that justice prevails and to secure our food system from the hazards of modern agricultural biotechnology. “The case is very much alive” the statement reads.

release and confined field trial respectively in Nigeria contravene the fundamental rights to life and human dignity of Nigerians. These rights are guaranteed under Section 33 and 34 of the 1999 Constitution (As Amended) and Article 4, 5, 16 and 24 of the African Charter on Human and Peoples’ Rights (Ratification And Enforcement) Act.

Also, the case seeks a declaration that the continuous refusal by NBMA and Monsanto to provide scientific evidence to dispel fears of the applicants as contained in the Exhibits presented in court infringes on the fundamental rights of the applicants as guaranteed under the Nigerian Constitution and aforementioned Act.

The case was first filed in the Federal High Court of Justice, Abuja in 2017 but was struck out on 15 August 2018, not for lack of merit or Cause of Action but for technical reasons.

The case was, however, resumed in 2018 as a matter of fundamental human rights and has been scheduled for hearing at the Federal High Court of Nigeria on 23 March 2021 after several shifts on hearing dates.

“GMOs have been linked by various studies to serious environmental and health maladies. They have grave implication for biological diversity which enhances resilience to climate change and pandemics such as the COVID-19. They threaten our indigenous and nutritious foods and promote unsustainable agricultural practices. Nigeria has not conducted long term tests to disprove these threats. And we have no confidence in the NBMA as regards protection of the interests of farmers and consumers,” the statement continued.