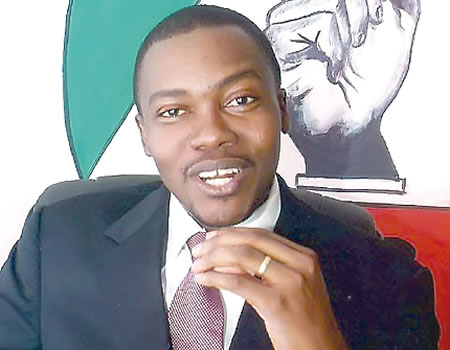 YOUR consistent view is that the payment of ransom to criminals that are making life miserable for Nigerians should stop….

Yes, one of the issues is that people are making a lot of money out of it. People continue to make money out of it because they can decide to kidnap people whenever they are broke. They know that government will pay ransom. Then, government’s intelligence and security agencies will not be aware of where these bandits are. On where the bandits are getting their weapons, I want to say that they have collaborators. The intelligence departments of the various security agencies should map out strategies. In Zamfara State, and army officer and girl friend were arrested for supplying and arms and uniforms to the bandits. Now, what has happened to the two of them? Have they been prosecuted? For things like that, you amplify for everybody to know there are consequences for every action against the state. Another angle borders on our intelligence gathering, data collection. Where are these people who are behind all of these from? It is no longer Fulani herdsmen in the North; it is across the country. Even, now, locals are now involved. They now even kidnap people for N20,000. So, all of these things, wherever it happens, those involved should be brought to book. In some, first or second world countries, they will never pay ransom. They know that when they continue paying ransom, it will never end. Now, the girls in Kagara in Kaduna have been kidnapped. In Edo, there is the same thing. So, all over the country, these are persisting and everywhere is under siege by bandits.  We are now being controlled by what is called non-state actors. What the people require now is action from the government. The Department of State Security (DSS) is still professional enough to handle the insecurity and they will know where these bandits are. The biggest problems affecting our security intelligence and agencies are: bureaucratic bottleneck; work across purposes – there is no cohesion among them…. The different security agencies want to go different ways. When every agency is in synergy, things will work well. You have the DSS that is intelligence; you have the military intelligence and so on. When you have all of these within the system and we are still having banditry, Boko Haram, it is means we are not doing enough.

Recently, President Muhammadu Buhari gave the new service chiefs two months to end this problem. How feasible is that directive with the frightening security situation on ground?

It is not a matter of giving them two months. The first thing to ask: what are their challenges? We also had the National Security Adviser raise issues over the money that was given for weapons; he does not know whether the weapons have arrived or they are on the way. So, if you give them two months, where are the weapons? It is not just about giving orders. We have to consider what we have in place to carry out this order. And then, what is the relationship between the communities and the various security agencies? This is because the agencies cannot operate without the support of the communities. So, intelligence gathering also has to focus on the communities. Do the communities see themselves as being part of the government? Do the communities see it as responsibilities to protect themselves?

Are you saying there is a disconnect between the governors and the governed?

Yes, of course, there is. This kidnapping has gone haywire. The governor of Zamfara, Bello Matawalle, recently fired two traditional rulers because they were said to be conspiring with the bandits. So, you cannot have criminals operating in your community without the support of those living in that community.

The governor of Borno State, Babagana Umara Zulum, is insisting that we hire foreign mercenaries to help government in the fight against insurgency.

It is an indirect way of saying that he has lost interest in the Nigerian military. He doesn’t want to say he has lost interest in the military. Remember in the days of President Goodluck Jonathan when similar thing was proposed. We got the mercenaries went a long way in restoring the areas that were taken over by Boko Haram. In the time of war, the political leaders in the developed world do everything possible to shorten the exposure of the military. Because once you expose the military to certain civilian practices, they will be corrupted. What we have now is that people are making money out of this insecurity and they will never want it to end because it is currently their bread and butter.

Another contentious issue in the public space is the anger of the organised labour against the plan to decentralise the national minimum wage. Is the plan proper, given your wealth of experience and exposure as a labour leader?

No, it is not. There is what they call the national minimum wage; it is fixed by the representatives of the people via the parliament. In America, it is called the Congress; in Nigeria, it is called the National Assembly. There is a negotiation between the various stakeholders. Now, in America, for example, they have $7 and 50 cents per hour. The current Congress wants it to be moved to $15. They are having a debate on what will be their national minimum wage. In the long run, it will be more than $7, 50 cents. So, how do you do that in the Nigerian context? There are states in America that are already paying more than that. Some states pay $10; some pay $12. The national minimum wage is the minimum standard of payment of workers. And this should be a federal responsibility. And when we say federal responsibility, it is both the legislature and the executive. The legislators are the representatives of the people. What is happening in the US Congress now is that they are debating to say what is the lowest that Americans can earn per hour. In Nigeria, what they want to do is to reduce what the people can earn and make their lives more difficult. I was part of the negotiating team that moved the minimum wage from N7,500 to N18,000. That N18,000 is equivalent to $120. Now, the N30,000 of President Buhari is equivalent to about $75. In terms of number, you would say it is N30,000. So, why will the state governments say they cannot pay? You don’t make laws to protect the strong; laws are made to protect the weak and therefore to control the ways of the strong.

The governors in Nigeria are emperors. In terms of conduct, the governors are even more powerful than the president. What they now want to do is to further castrate their workers and the average Nigerian and make live more difficult for them. It tells how low we have sunk. They say they want to decentralise wages; they have not decentralised security. Everything positive that is done in other parts of the world, we don’t do here; it is only the negative are what we want to do. The positive, in other parts of the world, is that security is not concentrated; it is devolved. Only in Nigeria will you hear in a democratic setting, a state governor will wake up to dissolve elected local government chairmen. And you are claiming that the president is more powerful? Can the president dissolve a state governor? No! An example is Edo State right now. There are no local government chairmen, councillors, commissioners and others. Is that not dictatorship? It will be very unfair for the National Assembly to dance to their tune on minimum wage. The last time, the Senate shut the bill down. It was passed in the House of Representatives and the Senate shut it down. What we should be talking about is how to give full autonomy to the local government system. Governors are abusing the local government system.

If states are unable to pay N18,000 not to even talk of N30,000 per month, don’t you think, perhaps, we might need to prune the workforce to a manageable number that could be well paid?

I am a very pragmatic person. If people are not productive, you could send them home. I want people who are productive and who could contribute to the wellbeing of the state to be employed or to be in political office. I work in the private sector. If you also ask me to investigate, you would find out that the bloated civil service structure was also created by the governors. When a governor is elected, by commission or omission, you have between five to six thousand people in employment. They may not contribute anything meaningful to governance but because they want to satisfy their godfathers and leaders, the governors will do that. A lot of employment opportunities are not even advertised.  They just go ahead and employ by the corner. That is why we are in this mess. So, if you cannot pay, you discuss with the labour the reasons you cannot pay. And you say you want to reduce staff, you must give reasons for that. All my life, I have worked in the private sector and we had situation where management would come and say they wanted to reduce the number of workers and we would discuss it. And, even, if they would do that, they would be paid off immediately.