•Says law killing of donkey in Nigeria near passage 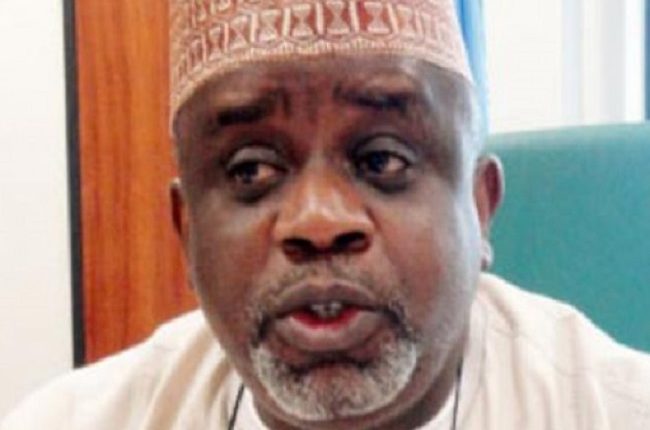 A member of the House of Representatives, Hon. Garba Datti Mohammed (APC-Kaduna) has canvassed for legislations by African countries that will promote the welfare of animals on the continent.

Hon. Mohammed, however, expressed regret that the Sustainable Development Goals (SDGs) did not make any provision for animal protection and welfare inspite of the importance of the animal to human existence.

The lawmaker was speaking at the ongoing virtual conference of the Africa Animal Welfare Association in Nairobi, Kenya and monitored in Abuja.

He said “the time has come for change and for the realisation, in welfare and conservation terms that we serve our people best when we serve our animals.

“This being the case, the time has come for politicians like me, in our various capacities as law and policymakers and implementers to drive reforms in the way we treat animals through local, national and regional legislation.

“Indeed, you will recall that the donkey had been subjected to unprecedented trauma until we summoned the vision, courage and resolve to sponsor legislation to bring an end to it. Today the official policy of Nigerian Federal Government is that the killing of donkey ad the donkey skin trade are banned, while the bill itself is on the verge of being passed by the National Assembly.

“The lessons to be taken away from such proactive initiatives are self-evident. Thus, a first step towards preserving our animals would be to send the communique at the end of this conference to all governments and parliaments are Africa to exhort them to action. I will cast my vote of support for the Universal Declaration on Animal Welfare (UDAW) as well as a follow up the broad international convention.”

He stressed that Civil Society Organizations must also be broadened their role in protecting animals on the continent, adding that: “the Africa Network for Animal Welfare (ANAW) has been at the forefront of efforts to sensitise and inspire our continent about the importance and plight of animals in Africa. Sadly, few others have taken up this responsibility of creating a synergy of purpose and action between governments and the people as well as peaceful and mutual coexistence between animals”

He further observed that: “Working together, the political class and civil society can sensitise, inform and educate the mass of our people as well as remedy the silence of the SDGs by bringing animal welfare, wildlife and conservation to the foreground of any discussion of the SDGs in these last nine or 10 years of its lifespan,” the lawmaker said.

Hon. Mohammed said although animals are no less important in the scheme of the existence and survival of man and the universe, they are regrettably always at the base in the hierarchy of concerns.

He said: “animal welfare can hardly be overstated given the current and unit punishment that animals are usually subjected to in our continent and elsewhere. The threat to wildlife are innumerable leading the reckless and self-serving activities of poachers

“The threats to environmental conservation are similarly numerous including oil spills and deforestation. These components of the theme, therefore, have at their mutual core the sustainability of Africa’s animal resources.

“It is commendable that the theme of this conference underlines the neglected link between animal farming, wildlife and animal conservation on the one hand and sustainable development oo the other.

“A group of erudite scholars critically note that the SDGs do not acknowledge the impact of animals on their attainment. They state: The contribution of animals in achieving the SDGs is not recognized nor made explicit. Nevertheless, there are obvious areas where animals play an important role in the context of sustainable development. These include for instance food security, transport, employment, and livelihoods”

He expressed concern that the Sustainable Development Goals put in place by the United Nations did not make provision for animal welfare.

He said: “not a mention of animals in the SDGs. Take donkeys, for instance; according to some statistics, over hundred million households in rural communities around the world depend on the donkey, which is now clarified by the United Nations as working livestock, for their survival. Just donkeys. What about chickens, goat, cattle etc?

“However, I prefer to see the enormous vacuum upon which many might call the SDG elitist, as an innocent lacuna. After all, even the elites eventually, if not invariably interact with animals and livestock.

“Our relationship with animals in Africa is quite peculiar and quite different from other civilizations. Perhaps, no civilisation is as dependent on animals in the varying capacity as Africa i.e as food, transport, companion, affluence among other things.

“But as connected as we are to them, they’re always a reason for the decimation of animals in Africa. Dogs are religiously mistreated, cats are killed in many places based on the unproven superstitious links to the occult. As central as they have been to our sustenance, there has been little or no proactive effort to safeguard, if not improve the welfare of animals in the continent.

“This deficit is capable of and indeed, in some instances has stunted the growth of many a nation, particularly the agro-based economies.

TOUGH POLICIES: IMF, World Bank Take Over Nigeria’s Economy •More Pains Ahead For Nigerians
ALTHOUGH this seems a difficult period for Nigerians, Sunday Tribune investigations have, however, revealed that it  could actually be a signal to the beginning of more unbearable pains in the form of economic policies as the Federal  Government continues to implement the stringent conditions of its international creditors…Lawmaker seeks legislation  Lawmaker seeks legislation

High Cost Of Fuel, Electricity Will Ruin Our Lives — Market Leaders, Business Owners Lament
CONDEMNATION of the hike in petroleum products and electricity went notches higher at the weekend as more  Nigerians flayed the decision of the Federal Government to take such a decision not minding the fatal blow dealt the economy by the coronavirus pandemic…Lawmaker seeks legislation

I paid N42,500 for COVID-19 test, passenger says as Ethiopian airline lands in Abuja with 188 on board