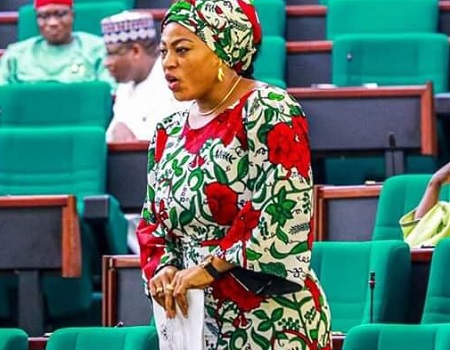 A member of the House of Representatives, Rep. Miriam Onuoha, has recommended the setting up of Special Courts to ensure speedy trials and conviction of rapists in the country as the immortal act continues unabated across the states of the federation.

The All Progressives Congress (APC) lawmaker who stated this while speaking with newsmen in Abuja over the weekend declared rapists should be identified and treated like common criminals they were according to the law of the land.

According to the lawmaker who represents Isiala Mbano/Onuimo/Okigwe Federal Constituency of Imo State,
“I will also suggest that a Special Court should be set up, to try and convict rape offenders timely, rape cases should be speedily tried and convicted.”

The lawmaker who called on the Federal government to take the cases of mental illness, more seriously linked the incessant cases of rapes in the country, to growing mental illnesses in the society.

“I think there is a relationship between mental state and rape. The rising spate of mental illnesses, also poses a threat, waiting to explode and that is also attached with a lot of stigmas,” she opined.

The lawmaker who also endorsed the death penalty for rapists called on Churches, mosques, schools, civil society groups and women groups to close ranks and fight the social malaise.

“I will like to call on women groups civil society groups, churches, to rise up and fight this menace to the end,” she said.

She urged the parliament to lobby the state governments to pass the Child Rights Act, to protect children from paedophiles and from other predatory agents and called on women to resist joining the bandwagon of stigma against victims of rape in the society.

The lawmaker also called for stringent laws to protect children and women from gender-based violence.