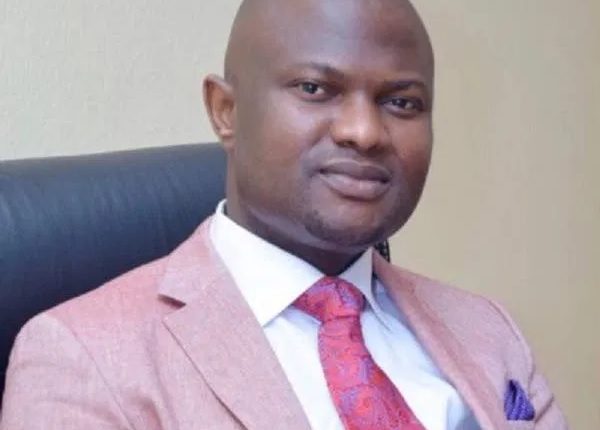 The lawmaker representing Ovia Federal Constituency of Edo State in the House of Representatives, Mr Dennis Idahosa, has petitioned the Comptroller General of the Nigeria Customs Service (NCS), over alleged extortion and harassment of motorists and other road users by NCS officers at Ekiadolor, along the Benin-Ore-Lagos highway, Ovia North East Local Government Area.

The petition, dated August 17, 2021, was made available to newsmen in Benin on Wednesday by his Special Adviser on Media, Mr Friday Aghedo.

Idahosa, in the petition, said his constituency office had been inundated with complaints arising from the activities of the Ekiadolor Customs officers.

He said that their activities had made that axis of the federal highway unfriendly to road users as most times, unnecessary traffic is created.

Idahosa recalled that the activities of the Customs men on that axis of the highway had resulted in the deaths of some Nigerians.

While acknowledging the fact that the activities of smugglers and importers of contraband goods must be checked, he noted that this should not be used as an avenue to extort and harass innocent and hard-working Nigerians.

According to him, “Not only have I received calls, but I have received letters to this effect about the unwholesome activities of the officers of the NCS on this axis of the road which falls under my constituency.”

The petition read in part: “Having been inundated with the calls and letters by concern Nigerians and a fact-finding mission by my humble self, I then took the decision to personally notify your humble office sir.

“This unprofessional conduct that involves extortion and harassment of motorists by some officers and men of the Nigeria Customs Service, Federal Operation Unit (FOU), stationed at Ekiadolor, has become an embarrassment to road users.

“It has been noted that the operatives even boast openly that they are the most callous in Nigeria and to show that their loots are huge, they are alleged to have occupied one full hotel for a long time, close to their checkpoint.

“They lavish monies illegally obtained from Nigerian commuters who most times have their correct Custom papers or have brought in goods as personal effects.

“About a year ago, two young Nigerians were killed by the officers because of an argument which ensued over two bags of rice and the culprits are still yet to be brought to book.

“The high costs of goods in the South-South and the South-East of Nigeria is traceable to their activities as they extort everybody no matter how poor and how high.

“Sometimes, they impound cars and goods and resell It to themselves, using cronies and agents in sham auction states that are like a well-rehearsed re-enactment of a criminal conspiracy, practised at night as they even have civilian collaborators, some of whom are locals.

“This personnel have turned Ekiadolor, along the Lagos -Ore-Benin highway into a theatre of unprofessionalism, thereby bringing the Nigerian Customs Service to disrepute.

“I earnestly seek your prompt intervention in the matter by not allowing the operatives to proceed with such irregularities and circumvention of the law and due process.

“I appeal that you order an immediate inquiry into the alleged offences and misconduct,” he stated.

LPPC distances self from fake SAN list in circulation

Thousands of foreigners in dilemma as Talibans shut down airport