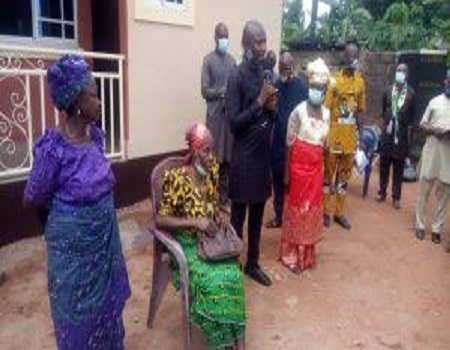 The bungalow was handed over to the beneficiaries during the inaugural ceremony of the project over the weekend. 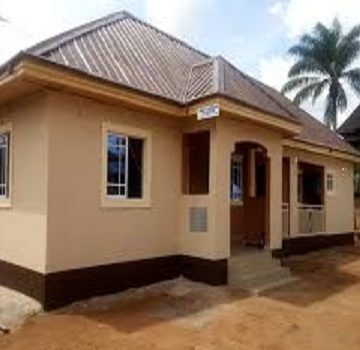 Speaking shortly after the inauguration of the project, the benefactor, Honourable Okafor explained that the gesture was to alleviate the sufferings of the widows who had lived in a dilapidated house for twenty years and to fulfil the promise he made to God.

He noted that the project is in line with his vision to accomplish life touching projects in his constituency for the period he will represent them to justify the confidence reposed in him.

Inaugurating the project, the Speaker of the Anambra State House of Assembly, Right Honourable Uche Okafor noted that with the project, Honourable Okafor has distinguished himself by being the first lawmaker in the seventh Assembly to complete his constituency project, even as he called on well-to-do individuals in the state to always extend their wealth to the needy around them as demonstrated by Honourable Okafor.

The Traditional Ruler of Nnewi, Igwe Kenneth Orizu the third who revealed that Nnewi North Constituency has felt the impact of Honourable Okafor’s quality representation commended him for his benevolence.

In an interview, one of the widows, Mrs Anthonia Obi thanked the lawmaker for showing them true love which they lacked since the demise of their husband, adding that they have adopted him as their child for doing what a good child can do for the mother.