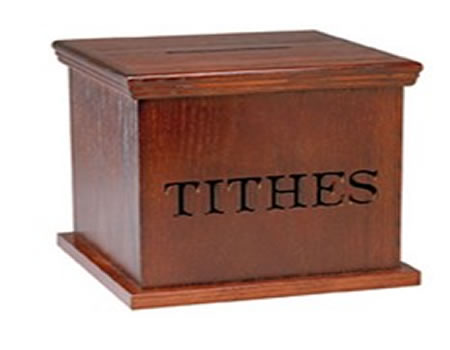 Contrary to the news doing the rounds that the Church of Jesus Christ Latter-Days Saints, has concluded plans to refund the total amount of money paid as tithe in the last three years to members across the world to cushion the effect of the coronavirus pandemic, the church has debunked the news as well as described it as fake.

Speaking to ChurchNews, on Saturday, the Director of Communication of the church, Ikpe Nkanang, said that the development didn’t originate from the church, adding that members and the public should disregard such news.

“The church did not make any directive to such effect. Instead, it has approached suitable method in reaching out to its members, public and the government,” Nkanang said.

He added that the fake report was the work of the mischief makers and the church was not happy as the report was linked to the name and reputation of the church.

“The first thing we did was to find the source of the report because it was from online. It was after verification that we discovered that it was fake. But it has gone viral and some online platforms that also realised that it was fake had to pull it down. Authoritatively it is not correct. The church has a way to reach out to its members with our palliatives measures, which we have done through our programmes through our bishops.

“Then the one for the public, which I personally made public. We have liaised with various state governments and made donations to them according to our purse. We have also worked with National Centre for Disease Control (NCDC) and the Lagos State government and the Federal Capital territory, Abuja, which has been our major focus where the effect of the deadly virus is prominent. We have also done some personal preventive donations to some health sectors and NSDC,” Nkanang said.

He, however, noted that even if the church would want to embark on such development, it would not go in such direction because such development might portray danger in Christendom, adding that, “once you make a donation to the Lord; you will allow the Lord to use its discretion and one might not reveal it to the left hand. The church has taken a drastic step on this development and it will address the church at the international level because the malicious news has gone viral.”

Care for your neighbours at this period —Ilaka