Latest NewsEducation
By Tunbosun Ogundare - Lagos On May 24, 2019 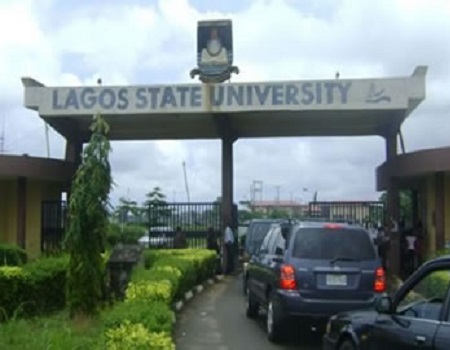 The Lagos State University (LASU), Ojo, on Thursday officially welcomed to campus, its newly admitted students for the 2018/ 2019 academic session, warning them to steer clear of all forms of social vices.

The students, spread across departments studying courses in science, arts, medical, law, humanity, social sciences, engineering, education, among others for certain duration of time, were 5, 500 in all.

Speaking at the matriculation ceremony, the Vice-Chancellor of the 36-year-old university, Prof Olanrewaju Fagbohun, said the students should count themselves lucky as about 40,000 others who also qualified were not admitted due to the inadequate space to accommodate them.

While he emphasised that the university had put in place both human and material resources to help them succeed in their studies and other lawful engagements, he warned them not to indulge in any untoward behaviours in and outside the school.

According to him, we have, as an institution, laid down rules and regulations guiding our conduct and relationship with one another and these are in your handbook already given to you and therefore the university is ready to support those who go by the laws while  on the other hand allow a full wrath of laws to prevail on any lawbreakers.

He identified cultism, drug abuse, fighting, prostitution, hooliganism, and exam malpractice, as some of the social vices that every student and other members of the university community must avoid totally.

“You must also dress responsibly, study hard, engage in vocational studies and activities that will aid your success. It will be good for you to graduate not only in record time but also outstandingly,” he added.

Also imploring parents and guardians to join hands with the management in nurturing the students towards the path of greatness, Prof Fagbohun said that was the only way to produce total students that would impact the society positively before and upon graduation.