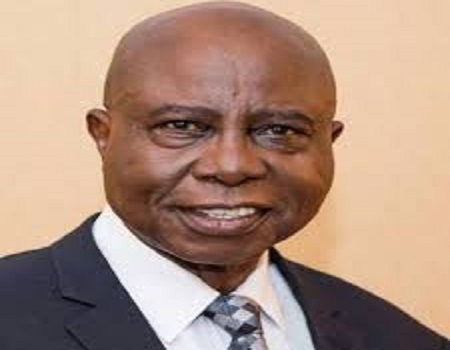 Egbeyemi gave the advice on Saturday while monitoring the first edition of the monthly environmental sanitation exercise for the year.

Egbeyemi admonished the people of the state to always clear the bush in their surroundings and also cautioned against sun-drying food items on the roadsides where rats can have access to them.

According to a statement by the Special Assistant (Media) to the Deputy Governor, Odunayo Ogunmola, the monitoring exercise took Egbeyemi to towns like Ido, Usi, Ilogbo, Igbole, Ifisin, Aaye and Ifaki, all in Ido/Osi Local Government Area of the state.

He promised that the government would do everything possible to prevent the outbreak of Lassa Fever in the state which is ravaging some neighbouring states.

The Deputy Governor, who was joined by the Chairman of Ido/Osi Local Government, Mr. Ayodimeji Adeola and other senior government officials, frowned at some market women and commercial motorcyclists for not observing the sanitation exercise.

While noting that a clean environment is the first step towards preventing the Lassa scourge, Egbeyemi also advocated concrete measures towards eliminating rats and rodents which are the carriers of the disease.

Egbeyemi further warned the people of the state and passersby against violating environmental law which prohibits roaming about, trading and other activities during sanitation hours.

He contended that landlord association meetings are not an excuse for residents not to observe the monthly environmental sanitation exercise which, he said, was established for the good of the people.

According to him, “The most important thing is the health of our people and we want to make it clear to our people that observing environmental sanitation will go a long way in preventing Lassa fever outbreak in our state.

“We pray that Lassa fever does not come to Ekiti State and we must try to avoid it by cleaning our environment. People who are making garri and yam flour should stop spreading them along the roadsides.

“You know Lassa fever is ravaging some states now and even in some West African countries but we don’t want it in our state hence the need to clean our surroundings and clear the bush around us.”

Egbeyemi also tasked local government chairmen and other stakeholders on the need to always ensure strict compliance with environmental sanitation in their domains.