Real EstateProperty and Environment
By Dayo Ayeyemi On Mar 16, 2021 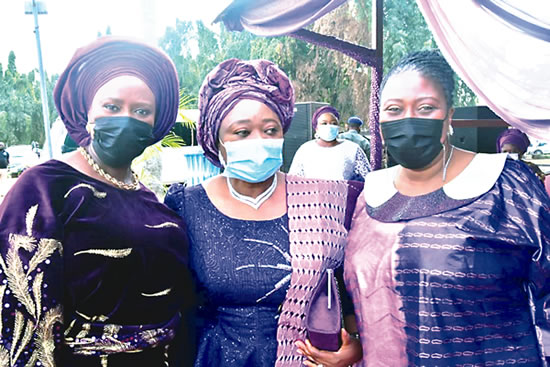 Special Adviser to  the Lagos State Governor on Housing, Mrs Toke Benson-Awoyinka, has affirmed confidence in the operation Permit being issued by her agency, the Lagos State Real Estate Regulation Authority (LASRERA), for all practitioners in the real estate sector.

According to her, the issuance of the permit would not only boost real estate investment for practitioners, but would also encourage diaspora’s confident in the sector.

The special adviser said this in Lagos during an interview session with Real Estate Developers Association of Nigeria (REDAN) Southwest Media Incorporation, at Alausa.

She explained that LASRERA, an agency under the state’s Ministry of Housing was established to regulate real estate business transactions among practitioners, property developers and facility managers and also checkmate all forms of fraudulent activities in the sector.

Benson-Awoyinka said that the amended Bill of LASRERA’s establishing law that would soon be passed as law by the Lagos State House of Assembly would further sanitise real estate practices in Lagos State and project the entire city  as a destination of choice for investment in real estate.

She averred that the state’s real estate sector has the potentials of being a major source of investment opportunities for investors and add to revenue for the state government if the issue of public confidence in the sector is restored.

She stated that the proposed bill currently before the state’s House of Assembly would protect investors, buyers and sellers and also promote ease of doing businesses for the practitioners when it is finally passed and signed by Governor Babajide Sanwo -Olu.

The special adviser said that the registration of practitioners by the agency remained an umbrella needed by all persons in the sector and the compilation of data on real estate development would aid the state government in planning around complimentary infrastructure within the metropolis.

‘’With the permit license that LASRERA is giving to real estate practitioners/ property developers and individuals seeking the services of the sector can link or log on to its internet to transact business with registered practitioners in the state. “Benson-Awoyinka stated

She urged residents, who at one time or the other been duped by fake  practitioners/property developers to report to the agency’s office.

According to her, the agency is poised to ensure satisfaction by those seeking for accommodation in the state through mediation and amicable settlement without necessary approaching the court for redress.