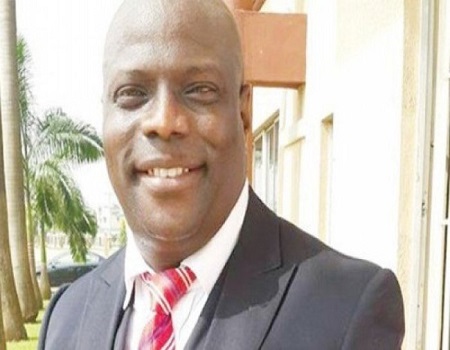 Dr Oluwafemi Oke-Osanyintolu, Director-General, Lagos State Emergency Management Agency (LASEMA), has appealed to Lagos residents to clear the drainage system in front of their houses to prevent flooding in the state.

Oke-Osanyintolu told the News Agency of Nigeria (NAN) in Lagos that blocked drainage channel was a major challenge that causes flooding in the state.

He said all local government chairmen in the state should ensure continuous awareness campaign for the citizenry on the importance of clean drainage system.

He urged residents to complement the efforts of the Lagos Waste Management Authority and the Ministry of Environment by ensuring that the canals and drainage in front of their houses are free from waste.

“We have some grey areas that we need to improve on; such as cleaning of drainage channels.

“We must ensure that each house cleans its drainage channel and we are appealing to Lagos residents to always clean and clear the drains in front of their houses.

“The primary, secondary and tertiary drainage systems have been improved upon by desalting and clearing of canals by the state government.

“We are appealing to residents to clear the drain in front of their houses to prevent flooding,’’ he said.

Oke-Osayintolu said all the primary stakeholders that were important in managing flood had been put on red alert and the agency had started conducting simulation exercises on how to respond to flood in the state.

“We have also started risk mapping in areas where they are susceptible to flood and we have started creating alertness and awareness among the residents.

“We are not only grounded but we are well prepared for any form of flood mishap in our state.

“We have taken care of the preventive and response aspect; carried out a simulation on it and we have a response plan for an emergency.

“From the feedback we have today, the local governments are doing very well,’’ he said.

Oke-Osanyintolu said that the emergency team would be visiting all local government councils to see how prepared they are for flooding and emergency situation.

“All chairmen are members of the Local Emergency Management Committee, while the chairman is the incident commander in the local government.

The director-general gave an assurance that the agency under the administration of Gov. Babajide Sanwo-Olu was adequately prepared to handle any flood problem in the state.

BREAKING: One trapped as three-storey building collapses in Lagos