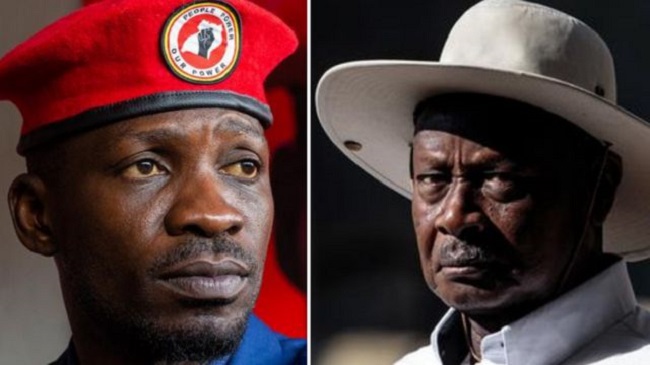 There was a large turnout of Ugandans who formed long queues on Thursday to cast their vote in a historic election in which long-time President Yoweri Museveni faces off against pop star-turned-politician, Bobi Wine.

People turned out in droves to make their mark in a historic poll in which the power of autocrat Museveni, who has been president for 35 years, will be truly tested for the first time.

Museveni’s government, keenly aware of a threat to its rule, shut down the internet on Wednesday evening, a few hours before the start of voting.

Eleven candidates are vying for the top seat, including two retired generals who turned against their former boss, in an election already overshadowed by violence.

But only Wine, whose real name is Robert Kyagulanyi, is said to have a real chance of winning against Museveni.

Museveni, 76, is one of Africa’s longest-serving leaders and has changed Uganda’s constitution to enable him to run for yet another five-year term.

Wine, 38, is meanwhile believed to solidly lead the mass of young voters against the ruling generation.

“We are representing the common people, the young people and the poor people of Uganda,” Wine said after casting his vote in the capital, Kampala.

“It is such a great honour to represent my generation in such a monumental election, and my hope and prayer is that we can realise what we have aspired for a long period of time,” he added.

Museveni was set to vote in western Uganda on Thursday.

The atmosphere is tense in Uganda. The run-up to the election has seen almost daily violence, and armed police and military forces are patrolling the streets in each major city.

The army also put up checkpoints every few kilometres to control the crowds during Election Day.

More than 18 million registered voters are expected to cast their vote at roughly 35,000 polling stations across the country between 7 am and 5 pm (0400-1400GMT).

After ballot boxes had arrived late at numerous polling stations, the electoral commission announced voting, initially scheduled to stop at 1300 GMT, will be possible for an extra hour.

Voters will also elect more than 400 members of parliament on Thursday.

Results are expected within 48 hours after the end of voting.

A candidate needs at least 50 per cent of votes to win in the first round. If any candidate fails to do so, a run-off election will be scheduled.