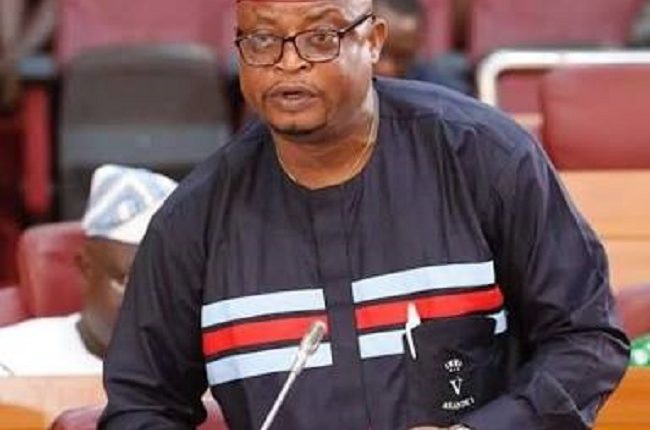 Akande, who made this disclosure yesterday in Lagos, revealed that the committee intervenes in issues such relating to dredging, land matters, chieftaincy affairs and other matters that affect the people of the state.

Akande, representing Ojo Constituency 1, stated that the issue that is prevalent in public petitions sent to the House bothers on land matters followed by chieftaincy affairs, boundary adjustment, encroachment on land and others.

The lawmaker, however, revealed that the committee only handles any matter that has not gone to a court of law.

“Once you route the petition through the Speaker of the Assembly, the Speaker would give it to the appropriate committee to brief work on it and brief him and he can tell the committee to go ahead with it or he might ask them to forget it.

“But in most cases, since we are representing the people, we mediate in the matters and we have achieved 70% success on the petitions.

“If a matter is in court and you bring it here, you have to withdraw it from the court. We get evidence that court cannot even get, and this makes us be armed with more evidence,” he said.

On the allegation that there is a clampdown on the courts not to do their jobs, Akande said that the judiciary is an independent body and that nobody would bring political incursion into it.

He added that one must be fit and proper before he or she could be called to the bar or the bench.

This, he said, goes beyond qualification, but that it has to do with integrity, and that it is not anyhow people that are called to the bench to be judges, and that there is no way they can manoeuvre such a person.

He emphasized that judges go through a series of training and exams. While not ruling out corruption by some judges, he said that many Nigerian judges are men and women of integrity.

“Most of the petitions we receive are about the people in government, so those people that are not in government fail to appear before the committee. They don’t know that we have the power to compel them to come if we are making an incursion into their matter based on request.

“Sections 128 and 129 of the 1999 Constitution of Nigeria as amended give us the power to do intervene in disputes in the state. We make laws for the tranquillity and peace of the state.

“We can investigate anyone who wants to cause the breach of law and order in the state. When a petition comes, it shows that there is an issue that could affect the peace of our state.

He revealed that Section 129 subsections 1 A and B of the Nigerian Constitution gives them the power to summon anybody to appear before the committee.

The politician stressed that they could summon anybody in Nigeria to give evidence or produce documents or other things in his possession or under his control and that they could issue a warrant to compel the attendance of any person.

He, however, said that the committee could not intervene in any matter that has been handled by a court of law apart from when the person whom the judgement favours complains that the other party did not want to obey court judgment.