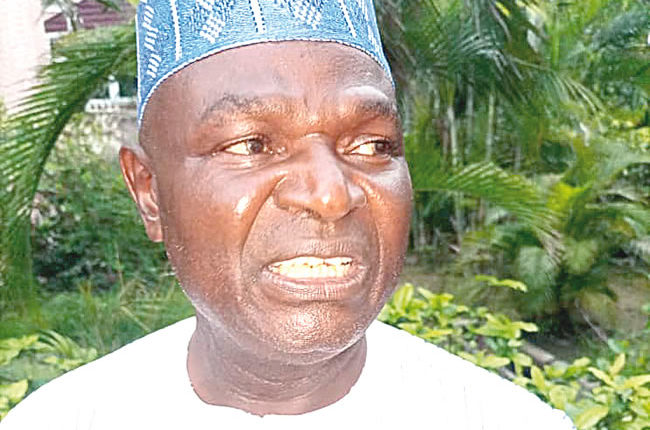 Abdullahi Samari Abubakar is the caretaker committee chairman of the All Progressives Congress (APC) in Kwara State. In this interview with newsmen in Abuja, Abubakar points fingers of scorn at Lai Mohammed for instigating crisis in the North-Central state. TAIWO AMODU brings excerpts:

What was your reaction to the allegation made by Minister of Information, Lai Mohammed that he sponsored your governor’s election?

My reaction is that I was not happy because I see the two of them as members of the same family as APC members. Whatever may have been the situation, it ought not to have gone to the public. Let me say one thing, I think the governor was pushed too much. If not, he would not have said anything. That much I know.

I wouldn’t know whether he sponsored the governor’s election. But what I want to say is that it may not be true. The governor, to the best of my knowledge, did a lot for himself. And he even opened up that the party which he is a member refused to follow him to most campaign places during the election in Kwara. And probably this was the directive given by the Minister himself. So, if he is now claiming that he sponsored the governor’s electioneering  campaign, and yet you didn’t follow this man to at least 80 to 90 per cent of the places he campaigned,  then I think it will be wrong for such a person to claim that he sponsored our governor’s campaign.

Do you think against the backdrop of allegation from the minister, he deserves to be sanctioned?

Like I said earlier on, I still see the minister as a member of our party. Because he has not formally told us that he is moving out of the party, which I doubt if he will go. He is a minister where the APC, as the ruling party, is running the administration. So, I would not think he will want to move out. But from those utterances he made, the party, APC as structure, has guidelines over issues. If we feel that what he said publicly amounts to disrespect or causing acrimony within the party, honestly, we are going to make sure the rules of the party are applied against him and any other person.

Are you suggesting that he may be suspended from the party?

Well, there are guidelines like I told you. If the offence is commensurate to suspending him or any other, definitely the rule of the party is going to apply because nobody is too big to be sanctioned. We want to have sanity in the party.

How soon are we expecting this?

I tell you, very soon.

Will the sanction take place at the national level or from Kwara chapter?

What is the update with the party’s registration, can you say the party is still one family like it was in 2019?

Hopefully, that is what we are trying to do. We are reaching out to most stakeholders in our state.  We are talking to them. And we are hopeful that at the end of the day, we will go back as a family and probably produce result that will be better than 2019. You have to also remember that there are other people in the party. What is happening has nothing to do with the promotion of the party, rather it is the individual interest that you see people portraying publicly. And where individual’s interest supersedes the collective interest of the state, obviously you will find this pocket of complaints and that is what is happening. Those who probably want to be governor, those who want certain positions and they think that it may not be easy for them to defeat the incumbent governor when they go into primary, they will have to get reasons they want to advance so that they can buy favour from the public. Now, what is happening is nothing more than that.

But don’t you think the agitation by the Lai Mohammed faction has paid off, ultimately, since the national secretariat has listened to them by extending the party registration exercise in Kwara?

That may not be true. There are certain facts that some of you don’t know. When the appeal committee came to Kwara, we met with them. There was this allegation that some people were not allowed to register. But mind you, that was wrong. If you come in then, the rooms were open. It was just that some people were discouraging others not to come out and register, for whatever reason we may not know. Let me tell you categorically that Alhaji Lai Muhammed as a minister registered. Quote me anywhere. I can show the date he registered.

Did he do it in secret because we didn’t see it in the media?

He registered at his ward at Oro Kwara state. You can confirm that from me. The extension of registration is not a new thing. It is not that Alhaji Lai group or camp has won anything. Remember that I also authorised a document that APC national secretariat should extend the registration in Kwara State for at least one week, because a lot of people came into the party. And, we just have to allow them as members of the party whereby they will have the equal right to take part in whatever is going on during the congresses. I authored a paper signed under the leadership of the governor who is the leader of the party in Kwara State, that is, Governor AbdulRahman urging the national secretariat to please extend the registration exercise for at least a week in Kwara. If they are now extending it to two weeks, it is not a glory to anyone who wants to so claim because we requested that and I think the national only acted in that recognition of our letter.

Are you not also worried that so many members of APC have teamed up to form the third force ahead of 2023 elections in Kwara?

Naturally in a family, if one of your members is not cooperating you will be worried because you want to make peace. If it is true that number they claim move out of APC in Kwara, well one will be worried. But I want to assure you that is not true. You will also remember that those who claimed to have moved out had denied it. And what is third force? It is the hope of joining another party. What do they think they are going to meet there? But, I want to assure you that it may not last. We are talking to them and we are hoping that a lot of them will come back.

Aramide is back with “Bitter-sweet”

Our politicians must be cured of spoilt child syndrome — Saliu, Nigeria’s political…

How we will tackle vote-buying in Anambra election —INEC

Why I insist on northern president in 2023 — Dopkesi

What winning car, N.5m cash means to me as an undergraduate —Adeyemo, winner of Osun…