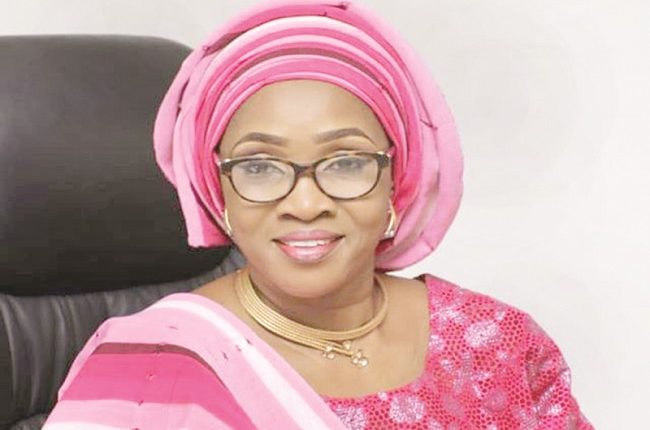 Following the announcement of the sum of N1billion as seed capital for investment in Tourism, Arts and Culture by the Lagos State Governor, Mr Babajide Sanwo-Olu, the State Commissioner for Tourism, Arts and Culture, Mrs Uzamat AkinbiIe-Yusuf recent rolled out other palliative measures approved for practitioners in the industry in order to drive the growth of hospitality, tourism and entertainment businesses in the state.

The commissioner who disclosed this at a press conference in Alausa, Ikeja, said that the briefing was necessary in order to expantiate and address grey areas in the earlier pronouncement made by the governor in consonance with the recommendations submitted by the Lagos State COVID – 19 Pandemic Review Committee constituted by the state government to critically assess and review the negative impacts of the pandemic on the tourism and the creative sector in the state.

Akinbile-Yusuf stated that the seed capital shows the passion of the governor in creating an enabling environment that will promote sustainable tourism given its major potential to contribute to jobs and wealth creation.

“It is my pleasure and honour to inform Lagosians that Governor Sanwo-Olu has graciously approved the release of N1 billion as seed capital for investment in tourism to drive the growth of hospitality, tourism and entertainment businesses.”

She noted that the commitment from the governor was aimed at providing key operators in tourism business with soft loans to boost their capacity in driving growth and also position tourism business as a new frontier for job creation and economic prosperity in the post-coronavirus era.

She added that the Ministry of Tourism, Arts and Culture will work for hand in hand with the Lagos State Employment Trust Fund (LSETF), to administer the single-digit loan to practitioners that meet the criteria that would be set by the Ministry and LSETF.

Akinbile-Yusuf also highlighted other palliatives and efforts by the state government that would guarantee quick recovery of the tourism sector to include; 50 per cent rebate for license and renewal fees payable to the Ministry by all hospitality, tourism and entertainment establishments across the State.

Others are the establishment of a platform to commence a working relationship with the Central Bank of Nigeria (CBN) for access to COVID-19 tourism sector fund, a creative financial Initiative fund, to be made available to practitioners in the state, establishment of the tourism endowment fund in conjunction with the Ministry of Justice which is  aimed at improving the tourism and entertainment sector in the state, training for practitioners in the creative industry through the Lagos Creative Academy, amongst others.”

“As contained in the submission made to Governor Sanwo-Olu by the Palliative Committee in respect of capacity building, the governor has approved training for practitioners in the creative industry through the Lagos Creative Academy to be put in place by the Ministry,” she added.

The Commissioner also used the opportunity of the Press Conference to remind practitioners in the hospitality and entertainment industry that the window of opportunity to register their establishments with the Ministry is still open, stressing that these palliatives can only be accessed by registered practitioners as recalcitrant facilities risk being shut down by the government as no hospitality establishment will be allow to operate in the State without due registration with the Ministry.

She, however, appealed to practitioners in the Tourism and Entertainment industry that N1 billion approved as seed capital for investment in Tourism, Arts and Culture by the Lagos State Governor would be made available to the most vulnerable practitioners to ensure that they are not sent out of business permanently.

She also commended the intention of the State Government to establish a Tourism Endowment Fund, adding that the initiative will put the practitioners in Lagos State at par with their contemporaries across the globe.

Magu Cries Out Over Fair Hearing, Lawyer Writes Salami Panel
SUSPENDED acting chairman of the Economic and Financial Crimes Commission (EFCC), Mr Ibrahim Magu, has told the Ayo Salami-led Judicial Commission of Inquiry that his rights to a fair hearing are being violated. This is contained in a letter written by Magu’s lawyer, Mr Wahab Shittu, dated August 11, and addressed …Lagos takes practical steps to reduce COVID-19

FG To Deduct Money From States Over Double Taxation
THE Federal Government is set to sanction states engaging in double taxation in the country, as the Federal Executive Council (FEC) has asked the Minister of Finance, Budget and National Planning, Hajia Zainab Ahmed, to deduct money from the source from those states…Lagos takes practical steps to reduce COVID-19

Insecurity: NGF Calls For Investigation Into Obadiah Mailafia’s Allegation
The Northern Governors Forum (NGF) has called on security agencies to investigate the allegation by a former Deputy Governor of the Central Bank of Nigeria, Dr Obadiah Mailafia, that “…one of the Northern governors is the commander of Boko Haram in…Lagos takes practical steps to reduce COVID-19

FG Set To Pay N22.6 Billion Final Entitlement Of Ex-Airways Workers
THE former workers of the defunct national carrier, Nigeria Airways, may soon have cause to smile as indications have just emerged that efforts are on top gear to ensure the payment of the final batch of their benefits. Information flittered out early in the week of the ongoing move by the Federal Government to offset…Lagos takes practical steps to reduce COVID-19

The attack on Borno governor