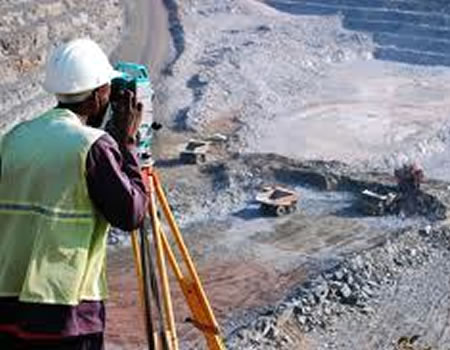 PIQUED by the ceaseless cases of structural failures in Nigeria, and in apparent bid to avert the embarrassing situation, Land Survey practitioners in Nigeria, under the aegis of Nigerian Institution of Surveys(NIS), has called on policymakers at all levels of government, to commission infrastructural survey in all their facilities across the federation.

This step, they argued, if taken, would avert unforeseen construction and structural failures, that have been confront their sector.

Advancing the position in lagos recently, Chairman, Lagos NIS, Adesina Adeleke, who spoke on behalf of his colleagues, made the call during the chapter’s Annual General Meeting (AGM),  held at the Anchor Event Centre, Agidingbi, where he called on the governments to ensure that surveying content in any engineering project should be separated from the entire whole and assigned only to surveyors who he said are capabke to give the projects the needed professional output.

Citing the recent u.fortunate development tha occured in Lagos-Abule Egba pipeline explosion that claimed several lives and destroyed properties, Adeleke explained that “disaster of such magnitude would have been detected early enough and averted, had a complete infrastructural survey been carried out”.

He however debunked claims that there was no justification in burying pipelines in built-up areas as Abule Egba, argued that it had to do with encroachment and flouting the laws by the property owners.

“The Abule Egba pipeline was originally sited in the bushes, far from residential areas, but because people chose to go against the law and do what pleases them, they began building houses where they ought not to have built them.

“It is the people who encroach into those areas. Those pipelines were far away in the bushes. That is why we are advising that government should carry out infrastructural survey of all facilities in the state and across the country. This will help them to detect and avert any form of failure early enough.” he said.

Adeleke also noted that most of the laws currently in operation in the country are not in any way favourable, and in such situations, it becomes difficult for professionals to do their jobs efficiently; hence he advised that laws should be enacted in such a way that it favours both the government and the populace.

Besides, he also indicated that the chapter has proposed and sent to the Surveyor-General of Lagos State, for onward transmission to the State House of Assembly, a law that will mandate the use of COR (Continuous Operating Reference) stations for every control jobs done by surveyors. This he said, would have a positive overwhelming impact on the practice.

Speaking on the perceived unfavourable laws, Professor Peter Adeniyi, Chairman, Presidential Technical Committee on Land Reform, highlighted the anomaly in setting up the Land Use Allocation Committee without any surveyor among them.

“One would have expected that the surveyors would have been part of them, but they were not there and there is no way you will make such a law that requires special location-al information that you would not put a surveyor there.

“In any case, there is no way you will plan a place and they demand from you a survey plan, you will need a surveyor to come and do it. “Funny enough, the situation goes to the extent that a committee that was in charge of Land Use Allocation omitted the land surveyors, it is very bad. But of course, the Land Use Act does not favour most people and in fact, it is already outdated.”

In his comments over the surveying contents of engineering projects, Moshood Oshun, an honourable member of Lagos House of Assembly, who is also chairman, House Committee on Public Accounts, stated that as a House of Assembly,  they don’t only try to ensure that where surveyors are needed, they are carried along, but they also make sure that people do not take up jobs they are not proficiently trained to do.

“It is either the person buying the land will buy a fake land or land that belongs to the government or the one designated for something else. In as much as we need to commend the surveyors for what they are doing, we need to reprimand the bad ones among them. That way the number of people heading to the courts over land issues will be reduced.

“On the Abule Egba pipeline explosion, we need to talk to ourselves. Even where there is no explosion, you are damaging something that will cost a lot of monies to repair.” he lamented.