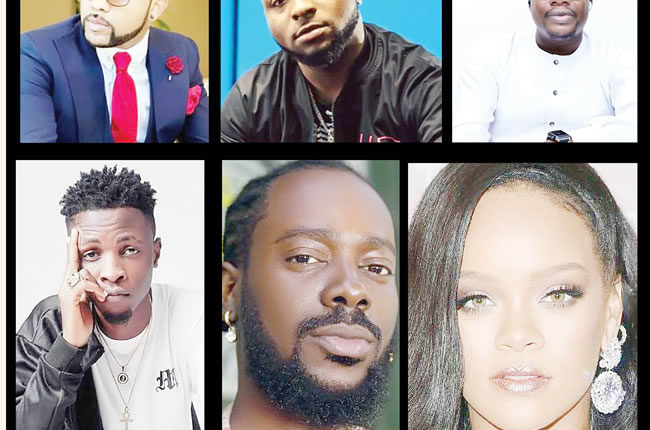 The #EndSARS protests rocked the nation throughout the week. But Tuesday October 20, was a day that will forever linger in the minds of many, especially the young Nigerians who dominated the protests, and were present at the Lekki Toll Plaza in Victoria Island Lagos, where protesters were killed and maimed.

Having announced last week that there was going to be an ‘Operation Crocodile Smile VI’ across the nation on Tuesday, the Nigerian Army later denied that the planned exercise was meant for the #EndSARS protests. Sagir Musa, a Colonel and Acting Director, Army Public Relations, said: “The army enjoins all law abiding Nigerians to go about their lawful activities unhindered as the Exercise has nothing to do with ENDSARS protest. It is a yearly event set out to train NA officers and soldiers in its efforts to ensuring safety and security of Nigeria and her citizens.”

In the early hours of Tuesday, soldiers were seen parading state capitals across the nation and in Lagos, protesters defiled the curfew imposed on the state by the government and went on with the peaceful protest at Lekki Toll Plaza. One of the protesters was quoted as saying: “They have declared curfew because they want to stop us from protesting, we will not move, we will stay here because it is our constitutional rights to protest.”

However, in a twist of event, and according to several eyewitnesses, men of the Nigerian Army were spotted at the Lekki Toll Plaza on Tuesday night firing shots at the #EndSARS protesters. Several lives were lost and many of the young protesters suffered gunshot wounds. This did not go down well with a lot of Nigerians and has, since then, caused unrest in the country.

A popular Nigerian Disk Jockey, DJ Switch, recorded the incident live on her official Instagram page, @djswitch, on the night of the incident and the video had over 300,000 viewers who watched and followed the event as it unfolded. Nigerian Afro-pop singer, Davido, was one of the few celebrities to draw people’s attention to the live feeds with his several tweets saying “they’re killing our peopleeeeeeeee, f**king hell! Lekki VI toll gate!!! Wtf! This country is finished, whole world please turn in on @djswitch IG live!!”

“They are shooting at Lekki Toll gate! The curfew started at 4:00pm! Some people have gone home but some others could not go back to their respective houses again because of the impromptu announcement!! It’s a sit in!! Why are they shooting? Why? @jidesanwoolu #EndSARS. We are protesting against violence and you are using the same violence to respond to us!!!!! Nigerian Youths!!! Which way nowwwww?” actor, Mr. Macaroni also tweeted on Tuesday evening.

The unrest that followed the Lekki shooting had been massive as it saw more wanton destruction of properties in Lagos, as hoodlums capitalized on the general anger to loot and burn down police stations, media houses, malls, palaces and BRT buses. More videos have surfaced on social media showing men of the Nigeria Police and Army shooting at angry protesters in Lagos.

The situation degenerated and continued to generate more comments from celebrities, both in Nigeria and abroad. Nigerian comedian and content creator, Broda Shaggi in a tweet on Wednesday said: “Nigerian police and Nigerian soldiers killing citizens in broad day light, I am broken. This is the height! Buhari called for war again!!!!!!!!! #BuhariIsaMurderer #TinubuIsAKiller #SanwoluIsaKiller.”

“All these because we asked for an end to police brutality?” asked, Rapper and Big Brother Naija 2020 winner, Laycon on Twitter. Nigerian O.A.P, Tolu Oniru on Twitter also advised Nigerians and Africans in the Diaspora to go to every event President Buhari attends anywhere in the world to protest against the killings of protesters going on in Nigeria. “He should not be allowed to forget what happened on this day. #EndSARS,” Toolz said.

There were also speculations and arguments as to who ordered the shootings at Lekki toll plaza on Tuesday night, as some Nigerians accused President Buhari, Governor Babajide Sanwo Olu and former Lagos State Governor and leader of the All Progressives Congress (APC), Bola Tinubu to be the brain behind it. The rage in Nigerians was intensified when the Nigeria Army denied that its men were at the scene of the shooting and Governor, Sanwo Olu initially announced on Wednesday morning that there were no fatalities and those injured were already receiving treatments.

Reacting to the killings of protesters by the security operatives, singer, Davido said: “Buhari, it is game over, step down. @MBuhari, @jidesanwoolu, @AsiwajuTinubu. How can you even sleep? God help us.” He then uploaded a picture of President Buhari, with the caption, ‘wanted for murder’. He also uploaded another image of President Buhari and Tinubu, with the caption “Biggest mistake of our generation #prayfornigeria”

Singer and songwriter, Simi also tweeted: “This Nigerian Government is incredibly stupid. Why did it have to get this far? So drunk on power and stupid! This violence is bad for everybody, especially, innocent people. Oh God! You spill the blood of innocent people on the streets of what is supposed to be their Fatherland. Ah!” Her husband, Adekunle Gold also said: “Our crime was asking them peacefully to stop killing us! This is the Nigerian Government’s response. Everyone that has a hand in this sacrilege will not know peace!”

Bankole Wellington, popularly known as Banky W who also lamented the manner in which the situation was handled said: “Lagos turned off the lights and removed cameras. Military showed up and opened fire on peaceful protesters. Today the Army denies it, the Governor says it was “forces beyond our direct control”, the IG and Security Chiefs still have jobs, and the President is silent. What a disgrace.”

From the international scene, American singer, Rihanna on Wednesday lamented on her social media platform, the unfortunate incident in Lekki. She said: “I can’t bear to see this torture and brutalization that is continuing to affect nations across our planet. It is such a betrayal to the citizens, the very people put in place to protect are the ones we are most afraid of being murdered by! My heart is broken for Nigeria man! It is unbearable to watch. I am so proud of your strength on not letting up on what is right.”

After several calls from Nigerians, international communities and even the Senate, on the president to address the nation on happenings in the country, President Buhari, however, addressed the nation on Thursday, in a 12-munite “recorded video”, admonishing Nigerian youths to discontinue the street demonstrations and engage the Government constructively. Is this going to be the end of the #EndSARS protests? Definitely not! “This is by no means the end! I’m so broken mahn,” Rapper, Folarin Falz Falana tweeted on Twitter.

Buhari’s Trumpian propaganda to cover up the Lekki Massacre