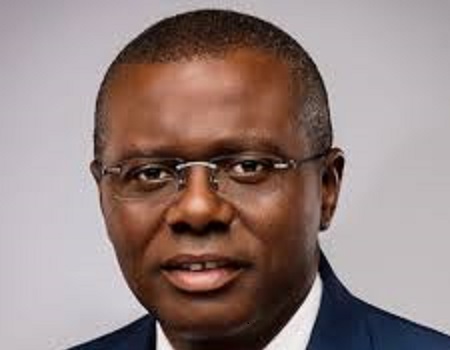 The Lagos State government has begun the review of its home-grown school feeding programme one month after launching.

The executive chairman of the state’s Universal Basic Education Board (SUBEB), Hon. Wahab Alawiye-king, said the exercise, which is expected to hold periodically, is to ensure smooth and hitch-free operation of the national programme.

He stated this at the weekend at an interactive session organised by the state’s SUBEB with the major stakeholders of the programme, which include agricultural officers, food vendors, ministry of health officials, local government desk officers, teachers, quality assurance officers and officials from SUBEB. The forum with some SUBEB’s board members also in attendance was held at SUBEB premises at Maryland, Ikeja.

While Alawiye-King, who is a former chairman of the state’s House of Assembly Committee on Education disclosed that a total of 774 public primary schools with pupils from Primary One to Three had so far hooked on to the one-month-old programme across the state, he added that the remaining 234 schools which are yet to join would do so soonest.

He explained that what delaying the remaining 234 schools from joining others is the inability of the food vendors who would serve them to perfect their payment details with their banks, promising that they would join once the matter is resolved.

He noted that a total of 1,106 food vendors were accredited across the state for the programme while the government is looking for a way to extend the programme to cover the pupils in kindergarten, Primary Four and Five in future.

According to him, Lagos State is determined to serve the beneficiary children varieties and balanced diets as lunch for five school days on a weekly basis and under hygienic condition.

“We want the free food to serve as a motivation for enrollment particularly by the out-of-school children and their retention till completion of studies and also boost their bodily growth and development.

“So, we want to be proactive in our approach and not to wait for challenges before we begin to look for a solution. We don’t want people to give excuses no matter how genuine they may appear let alone cutting corner while performing their roles We want our own school feeding programme to be a model for other states including those already in it before us,” he said.

Absence of internal democracy responsible for our loss in Zamfara, Bayelsa, others, governors tell Akande