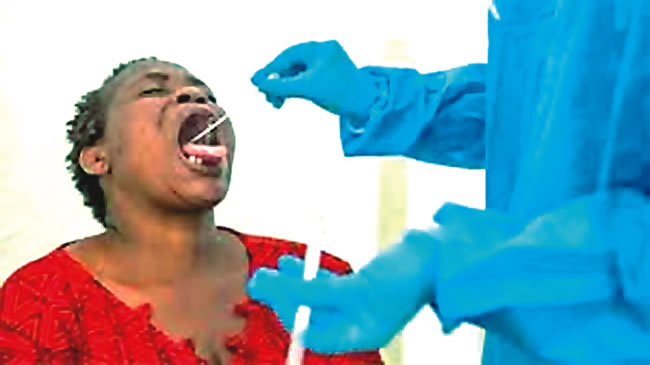 The Commissioner for Health, Habu Dahiru confirmed this to Channels Television on Sunday via a telephone interview.

He disclosed that the 25 prospective corps members were tested between the last three days and have been moved to the stateowned infectious disease centre in Kwadon.

“Out of 1,291 that were tested, 25 persons turned positive by Polymerase Chain Reaction, one is a nursing mother,” the commissioner stated.

“For the sake of coordination the incident management system in Gombe, chaired by myself, has conducted a meeting at the Public Health Emergency Operation Centre and we have also moved as required by the guideline to Kwadon Isolation centre.”

On the welfare arrangement of the corps members, Dahiru noted that the state government had made provisions at the isolation centre, as well as their medication and security. He also assured that the patients would be managed at the isolation centre until they test negative and are made to join other corps members, adding that the state government had also put machinery on ground to avoid fear and trauma among them.

With the new Delta Variant in Nigeria, Dahiru asked members of the public to observe the protocols, noting that the virus is still raging.

Abayomi made the disclosure through his Facebook account @ProfAkinolaAbayomi, on Sunday, while giving the state’s COVID-19 update for July 30 and July 31, the News Agency of Nigeria (NAN) reported. He said that the deaths increased the state’s COVID-19 related mortality to 384.

He said that there were currently 2,783 active COVID-19 cases in communities being managed under the state’s home based care.

Abayomi disclosed that the number of patients receiving treatment at the state’s isolation facilities had increased from 128 to 136 persons. He further said that 56,127 of the infected people had recovered in communities, while 4,399 had recovered in the state’s COVID-19 isolation centres. The commissioner added that the total number of COVID-19 tests conducted in the state since inception of the pandemic stood at 607,803.

Earlier, Abayomi, said that the state was currently under a severe stress and strain of COVID-19 third wave with emergence of between 100 and 300 new cases daily. He appealed to residents to continue to adhere to non -pharmaceutical interventions and build indigenous capacity to be less vulnerable, but be more resilient to deal with shocks.

Meanwhile, the Federal Government will today receive about 4.8 million doses of Moderna COVID-19 Vaccines, the National Primary Health Care Development Agency (NPHCDA) said on Sunday. NPHCDA Executive Director/ CEO, Dr Faisal Shuaib, in a memo issued to journalists in Abuja, said the consignment is a donation from the American government.

The expected shipment will be the largest of vaccines received since the nationwide COVID-19 vaccination campaign started in March this year.

Nigeria has run out of COVID-19 vaccines after an initial four million doses of AstraZeneca, received from the COVAX facility were utilised three weeks ago. This is coming barely after the Presidential Steering Committee on COVID-19 (PSC), called for strict compliance to the COVID-19 protocols in the conduct of all political events in the country.