Lagos police arrests 71 for clubbing at 3am 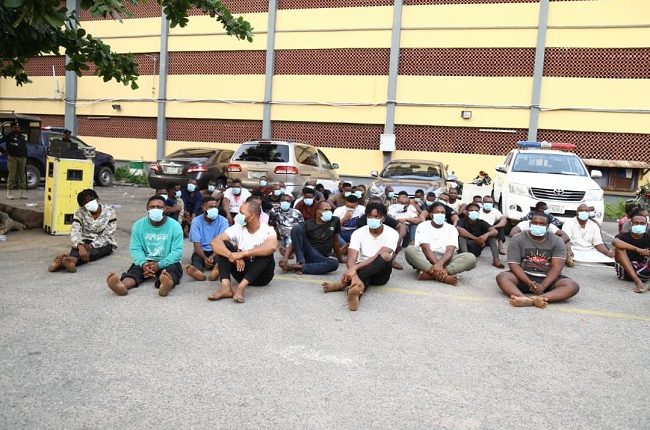 The police in Lagos State have arrested 71 people for allegedly violating the COVID-19 rules in the state.

The violators, according to the police were arrested during raids at different night clubs in Lekki and Surulere areas of the state.

The image maker in charge of the state police command, Muyiwa Adejobi, confirmed the arrest in a statement, signed by him on Tuesday and made available to Tribune Online.

The police image maker said: “The Lagos State Police Command premised on its vow to enforce COVID-19 orders in the state, pounced on some night clubs on 3rd January 2021, at about 3am and arrested 71 suspects for violating COVID-19 orders at Lekki and Surulere areas of the state respectively.”

Adejobi continued that; “The Commissioner of Police, Lagos State, CP Hakeem Odumosu, had already instructed the Taskforce, DPOs and other operational units in the command to go after the recalcitrant and deviant individuals who might want to violate the orders and bring them to book.”

He also stated that “In addition, the Taskforce impounded 11 vehicles for violating the 12 midnight to 4 am curfew and two vehicles for driving against traffic (one way) on the same date.”

The Commissioner of Police, Lagos State, CP Hakeem Odumosu, has ordered for the immediate trial of the suspects and necessary sanctions for the owners of the impounded vehicles.

He further directed that officers and men of the command must intensify efforts on total compliance with the COVID-19 guidelines and protocols as rolled out by the Presidential Taskforce and the Lagos State Government.

Nigerians will still vote us, reject PDP in 2023, APC boasts