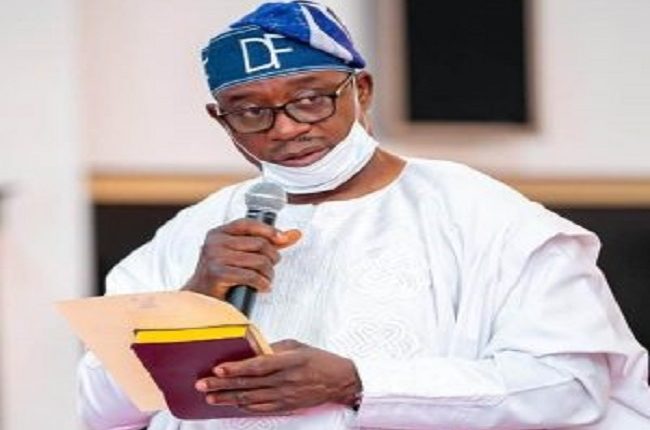 The Agbado Oke-Odo Local Council Development Area (LCDA) of Lagos State says all levies and taxes it collects from traders within the council area are legitimate.

The council Chairman, Mr David Famuyiwa, made the assertion in an interview with newsmen on Monday in Lagos.

He said that the levies were being collected according to rules and regulations.

“Such levies include trade permit and on lockup shops, kiosks and others.

“Somebody is in charge of the administration of the markets, maintaining law, cleanliness and orderliness.

“The market place has to be clean and properly maintained, the security of goods and services also needs to be maintained; the levies are channelled toward maintaining facilities to ensure a conducive atmosphere for businesses,” he added.

According to him, the levy on Point of Sale (PoS) operators is also legitimate.

“We were surprised when few PoS operators protested over an amount levied on their business.

“Prior to that period, we met them and discussed it; they agreed on the development but to our surprise, we saw them protesting against it.

“The levy is not meant to exploit anybody; if cart pushers in the markets and others like them can be levied, how will PoS operators not pay to the council to maintain business environment?” he asked.

The News Agency of Nigeria (NAN) reports that some PoS operators and mobile banking agents had protested to Agbado/Oke-Odo LCDA over alleged imposition of an illegal levy.

According to protesters, the LCDA recently passed a circular, imposing a weekly levy of N600 on the operators.

One of the operators, Mr Taiwo Olatunbosun, said that the levy was not approved, claiming that it was aimed at exploiting them.

“We received a circular on July 8 that all mobile money agents will start paying N600 weekly per point, and some of us have more than one point, which means we will pay for the other points too,” he said.