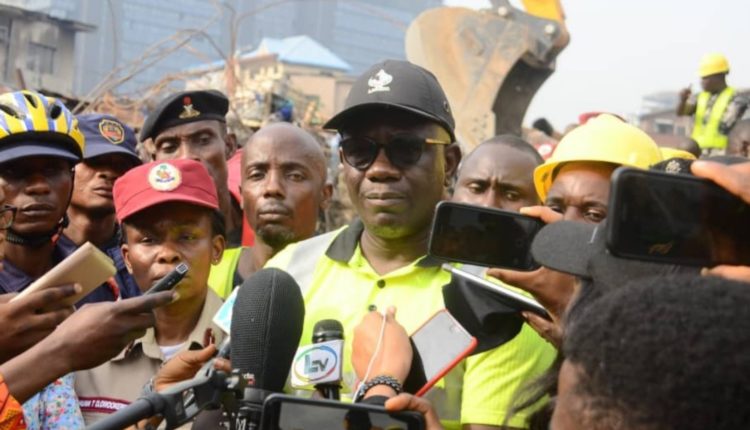 The General Manager of Lagos State Emergency Management Agency (LASRMA), Mr. Adeshina Tiamiyu, has said there is no one left trapped under the debris of the collapsed building on No. 63 Massey Street, Ita-Faaji area of Lagos Island.

Addressing newsmen at the scene of the incident Thursday morning, Tiamiyu, said every trapped victim in the collapsed building have all been rescued.

According to him, “We stopped work at 3: 00 a.m after recovering the lifeless body of a male and we are sure there is no casualty left under the debris”

However, he said LASEMA cannot confirm the

total casualty figure rescued from the building, but the ministry of health would release the accurate figure later in the day.

WORDOC: Striving to ‘balance for better’ by closing gender gaps

BREAKING: One trapped as three-storey building collapses in Lagos