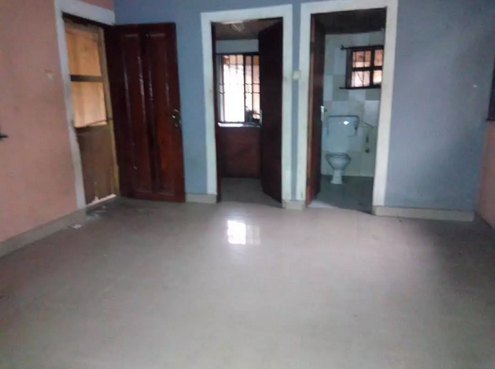 The Lagos State government has called on stakeholders in real estate sector to work out modalities for residents to pay house rents on monthly basis instead of yearly, the News Agency of Nigeria (NAN) reported on Thursday.

Lagos State governor, Mr. Babajide Sanwo-Olu, made the call on Thursday in Lekki during the Policy Roundtable Dialogue with key stakeholders in the Real Estate Sector.

“Landlords should see how they can reduce yearly rent to monthly. The housing deficit in Lagos is huge and unacceptable, but government cannot do it alone,” he said.

Sanwo-Olu said that a situation whereby residents faced pressure once their rents were due was not palatable, hence, should be looked into.

He called for synergy between the state government and stakeholders in the real estate sector to address issue of housing deficit and reduce rents in the state.

The governor said that this would help to make life easier for Lagos residents.

According to him, partnership and good relationship between the state government and stakeholders will lead to people living in conducive environment.

Sanwo-Olu said that the housing deficit in Lagos State was huge and urged private practitioners to play by the rules.

”The real estate can contribute 20 to 25 per cent to the GDP. We need to have clear data where landlords would no longer be demanding one year rent ahead.

“Landlords should see how they can reduce yearly rent to monthly. The housing deficit in Lagos is huge and unacceptable, but government cannot do it alone,” he said.

The governor said that it was clear that there was no proper data concerning the real estate operators in the state.

He said that this necessitated the LASRERA Registration Portal being set up.

”This platform will also ensure that we curb bad behaviours either on the landlord side or the tenant side.

”We have deficit, and even the small one we have are not properly done. People are losing money, people are not being sincere,” he said.

Mrs Toke Benson–Awoyinka, the Special Adviser to the State Governor on Housing, said that the LASRERA Registration Portal contained the databank of registered practitioners in the real estate sector.

Benson–Awoyinka said that the agency’s regulatory role was to make it easy for potential customers wanting to either buy or sell property to do so from Licensed Real Estate Practitioners/ Property Developers without any fear.

She said that the agency had made this possible through the LASRERA’s Portal, where the databank of registered practitioners in the Real Estate Sector is situated.

Also, the Lagos State Commissioner of Justice, Mr Moyosore Onigbanjo (SAN), said that various laws put in place concerning the real estate sector were to regulate and protect the citizens from abuse and fraudsters in the sector.

Onigbanjo who is also the Attorney-General of the state, assured the stakeholders that the present administration would leave the real estate sector better than it met it.