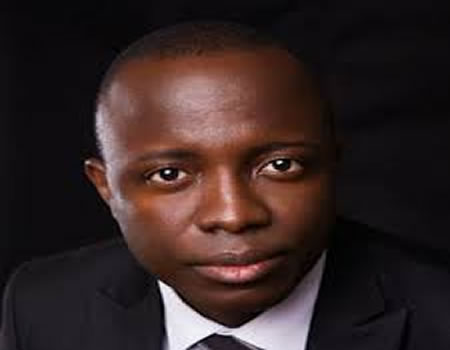 Lagos State government said on Tuesday that a development partner, Global Fund is supporting the state with a sum of N3.8billion to be used for the implementation of comprehensive HIV prevention, treatment, care and support programme across 70 health facilities in the three local government ares of Epe, Ikorodu and Oshodi Isolo.

The State’s Commissioner for Economic Planning and Budget, Mr Akinyemi Ashade, said this at a press briefing in Ikeja, to commemorate the second year in office of Governor Akinwunmi Ambode.

This was just as the commissioner reiterated that the state had targeted a total monthly Internally Generated Revenue (IGR) of N50billion in 2018 from the present figure of N30billion, and an annual budget size of N1trillion for same year.

According to Ashade, the grant received from Global Fund is meant to reduce new HIV infections and improve the quality of life for the infected, and affected, and to place 10,337 people living with the disease on treatment.

He said 3,876 of the total figure are children, pointing out that this was being done in full realisation that a healthy population drives goal and development.

“It is with immense joy that I report that Global Fund is supporting the Lagos State HIV and AIDS response with the sum of USD9.6bn to be used for the implementation of comprehensive HIV Prevention, Treatment, Care and Support program across 70 health facilities in the 3 LGAs of Epe, Ikorodu and OshodI Isolo,” Ashade said.

“His Excellency, Governor of Lagos State, Mr Akinwunmi Ambode, visited Global Fund in New York sometimes in June 2016, to reassure them of his commitment to the judicious use of the grant meant to reduce new HIV infections, and improve the quality of life for the infected, affected, and to place 10,337 number of People living with HIV (PLHIVs) on treatment of which 3,876 are children, knowing full well that a healthy population drives goal and development,” the commissioner recalled.

Speaking further, Ashade listed some of the achievements being targeted with the grant before the end of December, saying 289,344 persons would have known their HIV status by then while 17,049 people living with the disease were to be placed on treatment.

According to him, 54,140 pregnant women will be tested for same disease while 2,131 HIV positive pregnant women would receive treatment for the prevention of mother to child transmission.

He said this was also being accomplished through improvement on the various reforms aimed at improving revenue collections in various revenue agencies in the state, Lands, Physical Planning, among others.

“During the period under review, we were also able to manage the economy of the state through prudent and stringent management of available resources so as to ensure that our desire to meet our revenue projections of N30bn monthly in 2017 and N50bn monthly in 2018 is achieved through improvement on the various reforms aimed at improving revenue collections in various revenue agencies such as Lands, Physical Planning through complete implementation of e-GIS as well as the continuous enumeration of properties for efficient collection of Land Use Charge, etc,” Ashade said.

The commissioner, while recalling that the 2016 Budget of N662.588bn with a total revenue of N542.874 and a decifit financing of N119.71bn performed 80 per cent as at December 31, said the underlining principles of 2017 Budget of N812,998bn include continuous payment of outstanding liabilities, completion of all on- going projects, panned and systematic maintenance of existing/new infrastructural facilities and sustenance of the goals of job creation.

He said they also include continuous and efficient service delivery to the citizens, adding, “Above all, priority is given to projects that will be completed by Q2 2018.”

Bayelsa Govt to build modular refineries in each senatorial zones