Real EstateProperty and Environment
By Dayo Ayeyemi | Lagos  On Mar 9, 2021 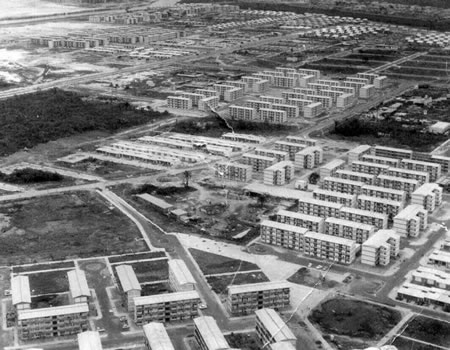 The Lagos State Government and the Federal Housing Authority (FHA) have inaugurated Technical Committee on the restoration of Federal Government estates, comprising Festac Town and Gowon Estate in Lagos.

According to the Commissioner for Physical Planning and Urban Development, Dr. Idris Salako, who was represented by the Permanent Secretary in the ministry, Mr Abiola Kosegbe, an engineer, said that the fast degrading condition of Federal Government›s estates in Lagos State, especially Festac Town in Amuwo and Gowon Estate in Ipaja necessitated the constitution of a committee to see to the restoration of these estates.

He said the Governor of Lagos State, Mr Babajide Olusola Sanwo-Olu, had thrown his weight behind the collaborative effort to revamp the estates, having been aware of the enormous urban planning challenges that the slumming of sprawling estates would create for the host state.

He maintained that the move would encourage joint efforts for resolving cases of illegal structures such as unapproved constructions and all forms of attachments within the estates.

“For this collaboration to achieve its aim of a better built environment within Federal Estates in Lagos, we expect members of the technical committee to handle this assignment with passion, diligence and integrity it deserves, while providing regular updates and feedback to the Government,” he said.

Speaking on behalf of the newly inaugurated Technical Committee, the Zonal Manager, Federal Housing Authority, Mrs Bada, remarked that she was excited by the synergy between the Lagos State Government and the Federal Housing Authority, which she described as long awaited and capable of turning around the fortune of the estates for the benefit of all stakeholders including the Lagos State Government in whose jurisdiction the estates are located.