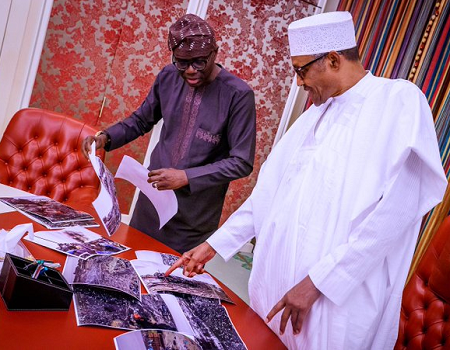 He told State House correspondents after the meeting, which took place inside the president’s office at the presidential villa, Abuja that he showed him the extent of the incident, noting that Buhari expressed concern and sympathised with the victims.

The governor appealed to Nigerians not speculate on the cause of the explosion, saying that he had set up a committee to unravel it.

He said his government would do all that was necessary to avoid a repeat of the deadly incident.