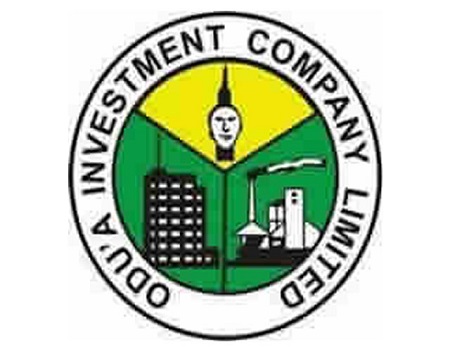 ODU’A Investment Company Limited on Monday described the entrance of Lagos into the group as courageous, expressing confidence that such step would engender a positive impact on the socio-economic development and advancement of the South-West geo-political zone based on its commercial enterprise and uncommon resilience and resourcefulness.

A director in the group, Alhaji Tajudeen Bello, said this during a courtesy visit to the Lagos State governor, Mr Akinwunmi Ambode at the Lagos House in Alausa, Ikeja.

Bello, who spoke on behalf of the chairman of the group, said they were in Lagos to specially thank the government and people of Lagos State for the monumental actualisation of the state joining the group last year.

He lauded Governor Ambode for seeing through the Lagos State membership of Odu’a with the epoch-making signing of the Share Purchase Agreement in March 2018, describing the move as indeed a soothing reunion with Lagos joining forces with the other five South-West States and thereby bring significant economic benefits for the region on the long run.

“We will like to put in on record the overwhelming support and excitement of Yorubas across the length and breadth of Nigeria and indeed in the diaspora on that landmark event within the cherished concept of regional economic development and integration last witnessed during the hay days of Western Region.

“It is our cherished desire and commitment in Odu’a Investment that this membership will unleash a geometric impact on the socio-economic development of our geopolitical zone as a result of mutual benefits arising from the synergy of the ebullience of the commercial enterprise of Lagos and the uncommon resilience and resourcefulness that the Yoruba hinterland is reputed for since immemorial,” Bello said.

The Odu’a chief commended Governor Ambode for his landmark achievements, adding that the group would continue to explore for collaboration opportunities, including the Lagos State Embedded Power Supply Act structured to guarantee 24-hour power supply for the State, Rice Mill at Imota as well as numerous investment opportunities created by his administration.

He also commended the governor for his sterling achievements in office, saying that his tenure recorded peace and positive transformation of Lagos as well as his sincere love and unalloyed support for the progress of the people.

The director, who later presented the State’s Shares Certificate to the governor, said the group was confident that the six states in the region which make up the investment company would leverage on its comparative advantages and work together for the betterment and development of the entire region and its people.

Responding, Governor Ambode said that the desire to see the total economic integration of the South-West region propelled his administration to join the group, saying that it would be a win-win situation for not just every State in the zone but also the nation at large.

“My belief in the total economic integration of the South’ West arising from our vision of the South Western Governors Forum that there is a need for all of us to come together as a regional force to be able to help each other in the areas of our comparative advantages was what drove me to make sure that we become partners in the Oodua Investment Group and I am happy we were able to do it with the support of the State Executive Council, we are happy also that we would be bringing in part of our own competences and expertise to grow this Investment Group.

“We are very proud that it is the only regional investment group that is existing in this country right now and because of that I am very happy that I was able to do this at least to lay down the foundation and the framework that would allow the bigger economic integration to take place even with the kind of infrastructure that we have tried to put in place also, we believe strongly that in the overall interest of the country, there is a need for a regional interplay of competences so that the nation can grow its GDP, while we can also grow our own region,” he said.

On the request by the Group for the state to nominate representatives for Lagos on the Board of Odu’a Investment Company Limited, Governor Ambode said he would defer the opportunity for the incoming administration to undertake, saying that it would be a means to ensure that the interest of the state was fully represented and sustained.

“That in itself will propel the payment of the remaining residue for the shares also. You can have our commitment that we would put it in our handing over note so that it becomes something of a priority. The whole idea as we have said is to be able to use our God found location in geographical terms to our best advantage and that’s what Oodua Investment Group stands for,” he said.

FG to begin cargo evacuation to Kaduna by rail tomorrow