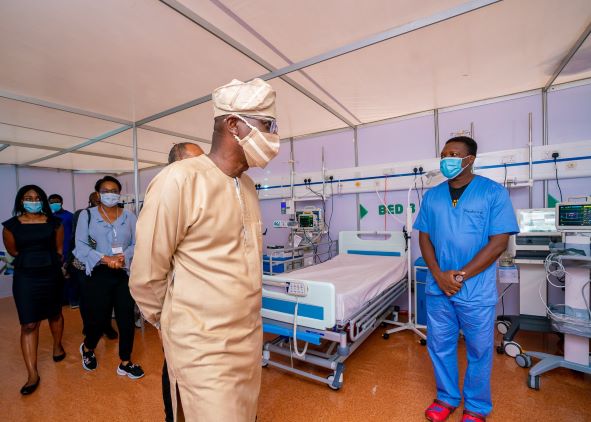 Lagos State government on Wednesday announced that it had discharged 20 more COVID-19 patients, 14 males and six females, all Nigerians, from its isolation centres in Gbagada, Eti-Osa (LandMark) and Agidingbi.

The state Ministry of Health made this known on its twitter handle, while giving an update in respect of coronavirus pandemic, saying the patients were discharged having fully recovered and tested negative to the virus.

According to the ministry, the patients were: 11 from Gbagada, eight from Eti-Osa (LandMark) and one from Agidingbi, adding that with the latest figure, the total number of patients so far treated and discharged in the state has now climbed to 928.

“Today, 20 COVID19 Lagos patients; 14 males and six females, all Nigerians were discharged from our Gbagada, Eti-Osa (LandMark) and Agidingbi isolation facilities to reunite with the society.

“The patients, 11 from Gbagada, eight from Eti-Osa (LandMark) and one from Agidingbi isolation Centres were discharged having fully recovered and tested negative to COVID-19.

“With this, the number of #COVID19 confirmed cases that have been successfully managed and discharged in Lagos is now 928,” the ministry stated.