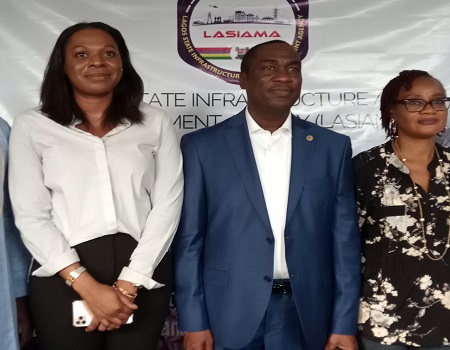 The Deputy Governor of Lagos State, Dr Obafemi Hamzat, on Thursday called on residents to imbibe maintenance culture to compliment the development strides of the state government.

Hamzat gave the advice while addressing participants at a two-day strategy session held in Lagos with the theme: “Building Capacity for a Clearly Defined and Delivered Infrastructure Asset Management Responsibilities in Lagos State”.

NAN reports that the human resource component of the session was organised by the Lagos State Infrastructure Asset Management Agency (LASIAMA).

The deputy governor said that the current administration in the state understood the importance of the agency.

“When we build a house, we must maintain it and make sure that buildings stay relevant for its desired usage so that we don’t build and it just gets deteriorated.

“Everybody that has an asset should endeavour to maintain it,” Hamzat said

He charged them to pull their weight in maintaining all the infrastructure in the state.

The General Manager of Lagos State Infrastructure Asset Management Agency (LASIAMA), Mrs Adenike Adekanmbi, said that the workshop was to help them plan better in the maintenance of public infrastructure.

“This workshop is to engage stakeholders, to let people know what we are doing and chart our direction for a better and greater Lagos,” Adekanmbi said.
(NAN)