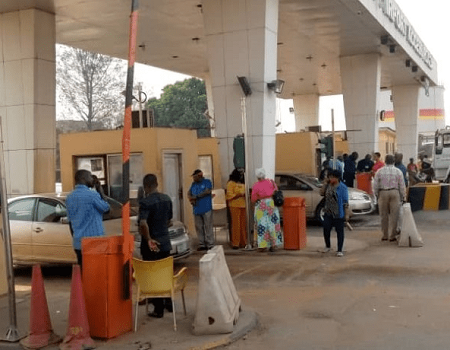 It has been projected that the Federal Airports Authority of Nigeria (FAAN) is expected to rake in an income of about N100 million, by March ending, as proceeds from the collection of tolls at the Murtala Mohammed International Airport (MMIA) access road

Making this projection, on Thursday, the Chairman, Association Air Transport Senior Staff Services of Nigeria (ATSSSAN), FAAN Branch, Comrade Ahmed Danjuma in a chat with aviation journalists  stated that FAAN has been able to garner N80 million from toll fees collections even as he added that by ending of march, FAAN will be able to know precisely how long they can stay.

His words: “I assure you that we would be able to hit N100 million. Within the first month of operation, I think we generated over N80 million despite the teething problems. Initially, we had the issue of change despite the fact that l- cube has sold off all the stickers and even 2019 stickers are still being used coupled with the fact that there are so many challenges we had in that place.”

On the security aspect of the task, the labour leader declared: “You know our members were not guarded at night, we don’t operate beyond 11 pm, so you see the difference between 11 pm and 5 a,; any car passing through there is passing free. Despite all these, we have been able to hit N80 million. So by the ending of March, we will be able to know precisely. I assure you we will be able to hit N100 million.”

Danjuma also informed that, in a recent meeting with FAAN MD, Captain Rabiu Yadudu and others, that the union had raised the need to establish a free trade zone around the airport environment.

He stated that the idea was brought to Yadudu, based on the information they got on how the establishment of the free trade zone would benefit the people. He however, pointed out that, the concern of the union is that, the free trade zone will give room to business owners within the confine of that zone to operate without paying taxes.

The union one month ago took over the collection of tolls at the MMIA.

Coronavirus: No one tested positive at UCH ― Chief medical director