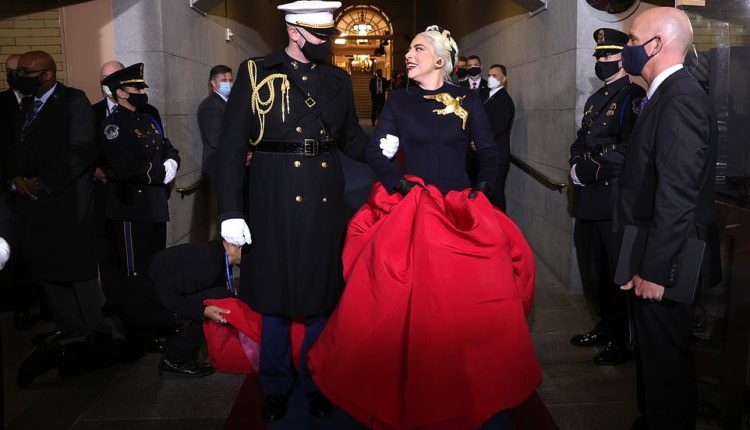 American musician, Lady Gaga, literally stole the show during the inauguration of President Joe Biden when she sported a spectacular outfit complete with a huge gold bird as she sang the ‘Star-Spangled Banner’ to the A-list Inauguration Day crowd.

Gaga, 34, sported a custom-made Schiaparelli couture black top and billowing red skirt, with a gold dove pinned on her top, as she sang the National Anthem into a gold microphone.

Joe Biden and Kamala Harris looked on with their hands on their hearts as Gaga sang, accompanied by the US Marine band. 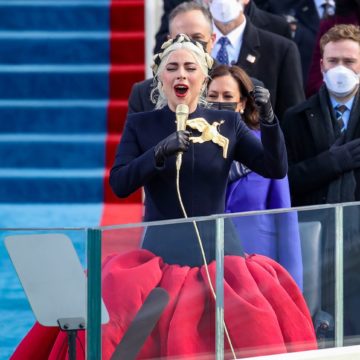 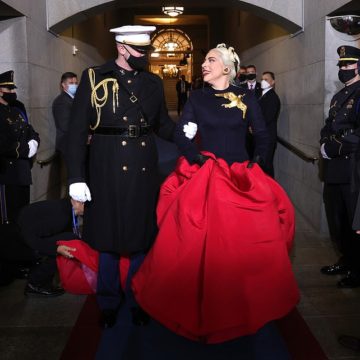 Her decision to wear a dove – a symbol of peace – appeared to be a nod to her earlier plea on social media for ‘peace for all Americans’.

Her emotional performance came moments before Harris was sworn in by Justice Sonia Sotomayor – the first Latina Supreme Court Justice – to become the first female, person of colour and Indian American to serve as vice president of the United States.

J-Lo then took to the stage where she wowed the crowd by adding lines from ‘Let’s get loud’ song into her version of ‘America the beautiful’, before Joe Biden was sworn in as the 46th president of the United States.

Dressed in head to toe white Chanel, he 51-year-old performed a unique medley of ‘This Land Is Your Land’ and ‘America the Beautiful’ where she threw in a ‘Let’s Get Loud’ moment and a message to the American public in Spanish.

Osun contracts JAMB to conduct test for its prospective teachers