Lack of protocol enforcement by states our major challenge ― PTF 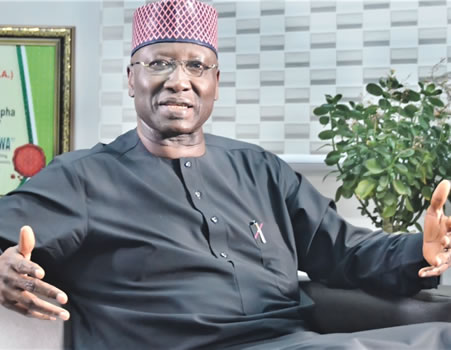 As the Presidential Task Force on COVID-19 pandemic prepares for the third phase of ease of lockdown, it has identified lack of enforcement of prescribed protocols to contain the virus as its greatest challenge.

Chairman of the task force and Secretary to Government of the Federation (SGF), Mr Boss Mustapha, led some of its members to present recommendations on the way forward to President Muhammadu Buhari at the presidential villa, Abuja on Wednesday.

Speaking to correspondents after the session, he decried the inability of the states to enforce the protocols, revealing that the issue was prominent in the recommendations to the president.

He said: “It’s enforcement that has largely been lacking and my appeal is that the subnational should ensure enforcement. As a matter of fact, when we listed some of our challenges, that was top on the list; lack of enforcement of even the regulations that have been put in place.

“And like I keep saying most times that COVID-19 has exposed the weaknesses of our systems, all systems, not only the Nigerian system, even the American system, its inadequacies, despite its 300 years of democracy, have been exposed by COVID-19, if not how can a President be arguing with the mayor of a city as to who has authority over what happens? It means there’s a big gap in that system.

“I believe if we can just work on the enforcement aspect of it, which is the responsibility of the subnational, we will go a long way.”

Mustapha played down the significance high figure of COVID-19 patients recently discharged as well as the relatively low number of conferences cases.

He explained that the Sallah holiday led to less testing as Nigerians observed the festivities, stressing down efforts will be stepped up to identify positive cases as people return from the holidays.

Asked if the discharge of about 10,000 patients recently was a sign of the disease being curtailed, the PTF boss stated: “No, if you noticed, as we celebrated those discharges, there’s also been a decrease in the testings. In the last couple of days, we tested just barely 2,000 across the nation, but we have a testing capacity of much more thousands than 2,000.

“Another reason; everybody is still in the Sallah mood, even the essential workers, remember when I talked of fatigue, this is part of it. We’ve been doing this thing for the last three to four months, its get to a point when you want to lay back and say we are already overcoming this, but I know that in the next couple of days, the testing will be rampant because people would have come out of the Sallah celebrations and come back to work.

“If you don’t do that, so much is happening as a result of the community transmission that has been cascaded into the local communities that if you wait for it to present itself, it will present itself in a very explosive manner and we can get into a panic mode.

“We don’t want to have that. That is why are encouraging the state governments to go into the local communities to ensure that they search for those infected with this virus, test them, if they are positive, isolate them and provide care for them.”

He added: “As for the content of the report, it will be premature for me to talk about it because we submitted a report, we have submitted recommendations and so we have to leave for Mr President to take a decision.

“By the time I receive his approvals, non-approvals on the recommendations we have made, we will be able to speak to the Nigerian people tomorrow.

“But I can give you a little bit of an insight as to where we are going. And that is informed by already three thematic areas. One has to deal with movement, two has to deal with labour and industries and three has to do with communities activities.

“These are already three thematic areas that our recommendations would be driven by what will happen in these three basic areas going forward.

“We are conscious of our recommendations as the PTF to have a balance of lives and to see that even where we have allowed for opening, that the protocols we have put in place are properly implanted.

“For example, if we say schools can open for the purposes of exiting examinations, we know the dangers that are inherent in that decisions but can we perpetually keep our children away from their learning processes and in the process stagnate their own developmental growth? Because we are handing over this nation to them and we must prepare them for leadership.

“Initially, the ministry said Federal Government colleges were out of it but now, everybody is on board as a result of negotiations, meetings and making sure that whatever we eventually put in place is for the good of our wards.

“That is a typical example of what we are going. We have worked in the areas of movement, we have allowed for domestic flights.

“We have allowed domestic flights. But you realise that they were done in phases. We started with two. We went to five. We went to 14. As different airports in different cities are able to meet up with the demands and protocols that we have put in place, they will open.

“We have opened up inter-state travel. You can as well guess where we are going next. But that is left for the requisition we receive. But I can assure you with the support of the media and the message, we have been driving for the last three months, from the polling we have done, virtually, every Nigerian is aware of COVID-19.

“As to whether the assessment is right is another thing entirely. But we will continue to encourage our people. But I can assure that as a task force, after the mid-term report that we did, we evaluated our state of performances. We evaluated where we were and what we want to see in place in the next three months.

“By and large, we are also satisfied with where we have started. We started with two laboratory tests. Today, we have 60 in 31 States plus the Federal Capital Territories (FCT), Abuja.

“Are we returning to two laboratories after this? No. It means that the reconstruction of our health infrastructure has begun. We are working hard to ensure that this month the entire nation is covered with testing facilities.

“We are working with CACOVID and NNPC to ensure that before the end of this pandemic, we have at least a structure that can be defined as a proper molecular laboratory, a testing facility, an isolation facility, and an ICU facility integrated into one.

“I think we derive a lot of satisfaction in the number of sleepless nights and hard work that have been put in place. We also commend the media for doing their job. They have enlightened Nigerians.

“But I’m appealing to Nigerians that we are not out of the wood. They should not take relaxation of the lockdown for granted. Countries that have opened up too quickly have had the course to shut down. We wouldn’t want that kind of situation to happen. The only way we can remedy that is when we take personal responsibility.

“The issue of non-pharmaceutical measures that have been put in place; wearing of masks, observing social distancing, not congregating in large gatherings, washing of hands, and sanitizing of hands are things that we should not take for granted.”

Mustapha said President Buhari commended the task force for its work especially in enlightening Nigerians on the disease.