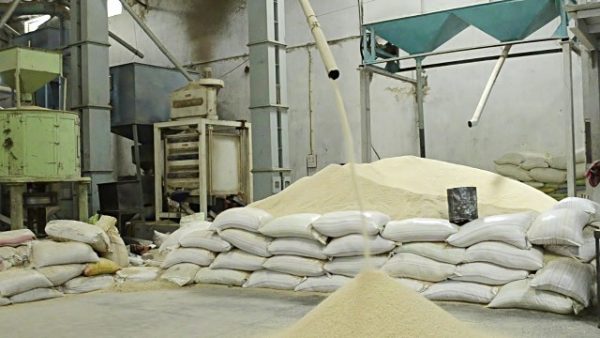 The Federal Ministry of Labour and Productivity has said the reported 300 workers of Popular Farms rice mill at Challawa, Kano State, who were said to have been rescued by the Nigerian Police command were not forced but agreed willingly to work in the company during the lockdown period.

This was just as the administrative manager of the company, Mr. Saks Kareem, stated that the report was false and was being peddled around by some enemies of the Popular farms to defame the name of the company.

According to a senior officer in the Kano office of the ministry, Abdullahi Ali, the issue was not a police matter and that the company had treated the workers fairly.

The officer of the ministry however disclosed that “we visited the organisation, we were conducted round, we interviewed workers and they confirmed to us that they were in the company willingly.

“As far as we saw with our own eyes, the workers were treated well by the management. They were given feeding allowance and even allowed to periodically visit their homes.”

It would be recalled that the police had said 300 workers were rescued by the command after they had been detained in the Popular Farms rice mill at Challawa, Kano for about three months.

Mr. Kareem noted that “If there is any case of forced, compulsory or slave labour, the ministry of labour’s attention should have been drawn and every agency has its own role to play.

However, while addressing journalists on Sunday, the administrative manager of the mill said “it is sad to see such abuse of media by some with ulterior motives and undermining the good work done by the organisation to alleviate the circumstance of COVID-19 in Kano.”

Mr. Kareem further disclosed that all workers living in the company were provided with tolleteries, feeding allowances and monthly appreciation bonus in addition to the agreed contractual payments.

He added that staff who had not been able to come to work due to pandemic or due to adherence to the guidelines were paid due salaries while at home.

“The workers who were are alleged to have been rescued from the rice mill are presently and still working in the Rice Mill and pleading with the company to be allowed to still stay within the premises,” he said.