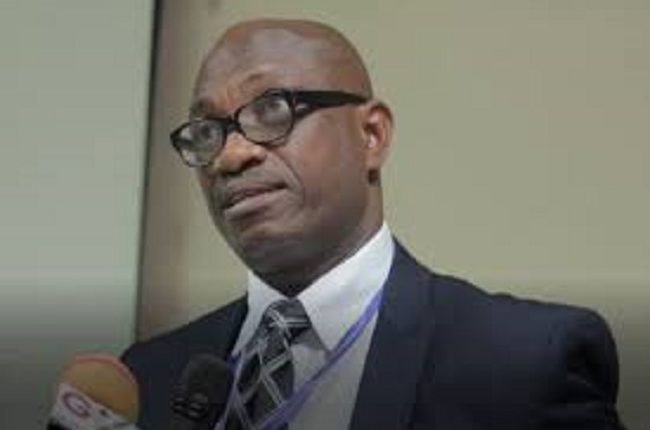 The Federal Ministry of Labour and Employment has denied any involvement in illegal issuance of Recruiters’ Licence to Private Employment Agencies (PEAs) for human trafficking.

Mr Charles Akpan, Deputy Director, Press and Public Relations, Ministry of Labour and Employment, said this in a statement signed on Friday in Abuja.

Akpan said that the attention of the ministry had been drawn to publications in the media accusing the ministry of complicity in human trafficking, especially of Nigerian girls to other parts of the world.

According to him, the ministry has not issued any recruiters’ licence with respect to the placement of Nigerian citizens abroad in breach of the relevant provisions of the Labour Act CAP L1 2004.

“Furthermore, at no time did the Federal Government issue any moratorium against issuance of recruiters’ licence.

“The ministry is empowered by sections 23, 25 and 71 of the Labour Act Cap L1 LFN 2004 to licence fit and proper persons to operate as labour contractors and private employment agencies.

“As part of the strategies to reduce irregular labour migration whilst promoting regular migration, the ministry has put in place a Labour Migration Desk to address the associated problems with the movement of skilled and low skilled persons within and outside the country.”

He said that the desk sought to ensure and create employment opportunities for Nigerians to work legally abroad, without fear of molestation, exploitation or any form of inhuman treatment or being subjected to unfair labour practices.

He added that the ministry was guided by the provisions of the International Labour Organisation’s Migration for Employment Convention No 97, Private Employment Agencies Convention No 181 and its Recommendation No 188 and had taken initial steps required for its ratification.

Akpan, however, said that one of the basic means of implementing the principles of Convention 181 on private employment agencies was their mandatory registration and licencing.

ALSO READ: My problem with epilepsy

He noted that recruiters’ licences were issued to fit and proper persons and agencies in accordance with Section 25 of the Labour Act CAP L1 2004 and other requirements for the issuance of such licences.

”It is apparent from Section 25 of the Labour Act CAP L1 2004 that persons who meet the requirements for International Licences are eligible to engage in domestic recruitment as well.

“Furthermore, a recruiting agency may recruit low, middle, or highly skilled workers for placement within and outside the country,” he said.

Akpan added that prior to obtaining the recruiters’ licence, the recruiter was bound by the provisions of the Labour Act with respect to welfare and conditions of work of the worker and the procedures for operating the licence.

He noted that one of such procedures was the requirement that prior to any citizen leaving Nigeria under a foreign contract it should fulfill provisions in Section 39 of the Labour Act CAP L1, 2004.

“The recruited worker must be brought before an authorised labour officer and certified by that officer as duly recruited in accordance with the provisions of the law.

“It is therefore obvious that the possession of a recruiters’ licence for foreign employment does not confer or guarantee automatic clearance for a recruiter to recruit citizens for work abroad without first complying with the procedures provided in the Labour Act.

“This is before workers travel under a contract of employment with the recruiter,” he said.

He also said that it must be emphasised that to date, no PEA issued clearance by the ministry had been found to be involved in human trafficking.

He further said that it was on record that none of the trafficked Nigerian girls to Lebanon or any other country was linked to a PEAs issued licence and clearance by the ministry.

“To set the records straight, at no time did any person, body or committee request the ministry to suspend its statutory duty of issuing recruiters’ licence to qualified PEAs as being peddled by some uninformed persons.

“It is therefore not true, but a Legislative misrepresentation, for the ministry to be accused or held responsible for the huge numbers of Nigerians trafficked through the Nigerian borders every year.”

He noted that the ministry did not constitute part of the security architecture at land and sea borders and international airports.

“The ministry should be commended for instituting a watertight licensing regime which guarantees regular migration of Nigerians to work legitimately in other countries, and for being the Secretariat of the Nigerian Task Force against Forced Labour, Child Labour and Human Trafficking.

“Those who for reasons best known to them have mounted an orchestrated campaign to malign the image of the ministry are therefore by this medium advised to discontinue as facts are sacred,” Akpan said.