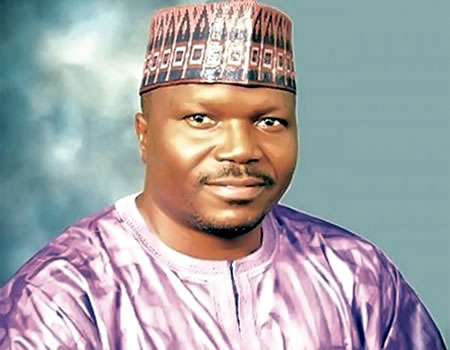 LABOUR, under the auspices of the Senior Staff Association of Statutory Corporations and Government Owned Companies (SSASCGOC), has warned the Federal Government against the sales of the Nigeria Communication Satellite Company, NIGCOMSAT.

In a letter addressed to President Muhammadu Buhari, the union, an affiliate of the Trade Union Congress (TUC), expressed shock over the plan to sell-off NIGCOMSAT to private individuals.

SASCGOC regretted that the sales of the organisation, owned by the government has already commenced through a process of privatisation by the Bureau of Public Enterprise (BPE).

In the letter titled “The proposed sale of Nigeria Communications Satellite Company: A call for caution,” the union noted that the NIGCOMSAT, a government company created via the Company and Allied Matters Act, was established on the 4th April, 2016 by the previous administration.

Signed by the SASCGOC President General, Comrade Mohammed Yunusa and its General Secretary, Comrade Ayo Olorunfemi, the letter reminded President Buhari, that the organization was created due to the need for critical national infrastructure for security communication; to bridge digital drive and for digital/financial inclusion for the large rural Nigeria.

The letter read “As a responsible union we do acknowledge the fact that the NIGCOMSAT is yet to realize its full potentials. We equally know as a matter of fact that selling it to private individual or company cannot be a solution as such will not be in the interest of the country.

“It is sad that the Federal Government of Nigeria has refused to fortify NIGCOMSAT limited through an enabling act, mandating all Ministries, Agencies and MDAs to procure satellite services from NIGCOMSAT Limited. The government instead went ahead to create Galaxy Backbone thereby compounding the situation.

“Galaxy Backbone was created and mandated by law to provide internet services to all Ministries and Agencies of government across the country. This mandate given to Galaxy backbone was not only faulty ab initio, but impeded the growth of NIGCOMSAT as a satellite industry and by extension Nigeria economy.”

“Your Excellency, at the point of writing this letter Galaxy backbone has been using foreign satellite in providing internet services to Nigeria Government, thereby encouraging direct capital flight. It is inexplicable that a government that launched a satellite on loan from Chinese government will abandon it for a foreign one.

“This is unacceptable. We therefore hold that NIGCOMSAT should be strengthened to correct this aberration.”

The union further expressed sadness that government has refused to support the infrastructure that it invested so much on; adding that the executive Order 003/005 would have been a good spring board for NIGCOMSAT to generate higher revenue through local content.

It pointed out that the talents required to drive NIGCOMSAT is within, stressing that the human resource is a very good assemblage of egg heads.

In view of all these factors, the union stated that selling the NIGCOMSAT to a private company will have security implication that could worsen the current bad situation; and portray the current administration as dispossessing the country of its critical national assets.

Besides, it said the country would lose huge revenue to some super rich individuals; while the public perception of this government will reflect a repeat of past failure.

Above all and most importantly, the union warned that there will be huge job losses instead of creating more employment.

The union said “It is in consideration of all of the above that we most respectfully appeal to your Excellency to as a matter of public interest, call the Bureau of Public Enterprise (BPE) to order and direct its Director-General to liaise with our Union for an alternative solution to the problems facing the NIGCOMSAT.”

What’s in store for stakeholders in the new FRIN —DG, Prof Adepoju