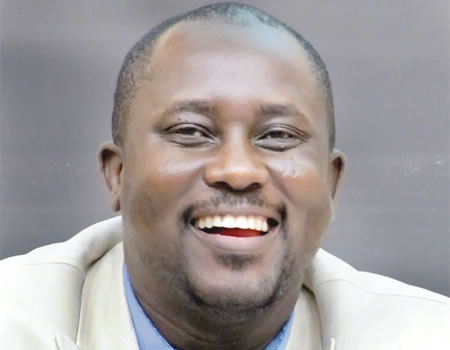 Abiola Irele School of Theory and Criticism of the Kwara State University (KWASU), Malete has organised a symposium in honour of the late Professor Pius Adesanmi.

The late Adesanmi was the Deputy Director of KWASU’s Abiola Irele School of Theory and Criticism, which runs every summer on KWASU campus.

Adesanmi died on March 10 in the Ethiopian Airbus 737 Maz 8 that crashed in Addis Ababa.

The symposium was part of the 2019 Seminar of the Abiola Irele School of Theory and Criticism with the theme; Researching the global from local knowledge productions.

KWASU Vice-Chancellor, Professor  Abdulrasheed Na’Allah, said that it was commendable that the school found it worthy to institutionalise the legacies Adesanmi stood for.

”Ever since Abiola Irele school started five years ago, it has not failed in its mandate and honouring one of those that started it in a way like this will keep memories alive.

”Adesanmi’s death was a big loss to us and this is one of the best ways to honour him in line with his interest,” Na’Allah who was represented by the Deputy Vice-Chancellor, Administration, Prof. Saka Mahmud, said.

Director of Abiola Irele School, Prof. Adeleke Adeeko, a distinguished professor at Ohio State University, USA,  described Adesanmi as a moving spirit that nobody could fit into his shoes.

”He was part of the group that started this seminar which is like a developing programme for early career scholars and advanced PhD students.

”He has always been around since inception and he was to take over from me this year as the Director if he had not died.

”Nobody can step into his shoes but what we can do is to encourage this kind of institution building that will continue the kind of interest of developing critical thoughts that he encouraged when he was alive.

”That is the only way to keep his legacy going,” Adeeko said.

Also speaking, Professor Moses Ochonu, a distinguished professor from the Vanderbilt University, USA, said it was a good time for the gathering to reflect on what Adesanmi stood for.

”It is a wonderful time to reflect on the legacies of our dear friend, and also to extend the conversation of the work he did while he was here with us.

”It is also a time to reflect on what he stood for, how he used the platform he had as a professor and prolific contributor to social media to hold African leaders accountable.

”He was weird against mediocrity and wanted to promote a culture of excellence and he didn’t entertain any form of bureaucratic excuses,” Ochonu said.

Prof. Adetayo Alabi, who lectures in the Department of English, University of Mississippi said it was a good way of honouring a departed colleague.

”It was our own way of honouring him for his activities in mentoring several of our junior colleagues and students from various parts of Africa, especially in Nigeria,” Alabi said.