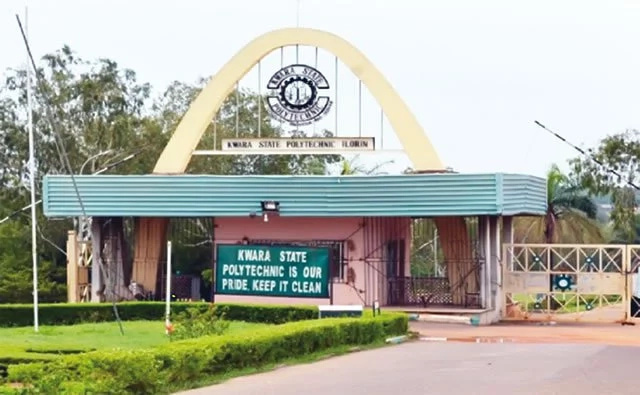 Management of the Kwara State Polytechnic, (Kwarapoly) Ilorin, has warned unsuspecting members of the public against activities of online scammers who defraud admission seekers through fraudulent websites.

Public relations officer of the institution, Mallam Yunus Abdulqadri, on Friday, said that the school had not advertised its post UTME registration for the 2019/2020 admission, adding that the only website of the institution remains kwarastatepolytechnic.edu.ng.

However, some concerned parents and their wards seeking admission to the school said that a particular website is currently operating on the internet address of kwarapolyscreening.com, advertising itself as the Candidate/Applicant Registration Portal for the Post UTME Screening Exercise 2019 of the Kwara State Polytechnic Ilorin.

The people said that the website carried official logo and address of the polytechnic, adding that a check on the official website of the Kwara State Polytechnic at kwarastatepolytechnic.edu.ng showed no mention or relationship between the said website and the polytechnic.

Two of the parents, Babatunde Aremu and Alhaji Abdul Malik Ita, in Ilorin said that the operator of the website was asking a total sum of N4,000 registration fees from admission seeking candidates.

“Information on the authoritative Kwara State Polytechnic Ilorin website showed the completion of registration for HND Admission on July 31, 2019 and rumours had it that the Pre-Admission Screening registration would be commencing almost immediately after, as had been the tradition of the institution for years.

“However, while there was no information forthcoming on the polytechnic website on such exercise till date, the kwarapolyscreening.com website seem to be taking advantage of the situation by displaying Post UTME registration information for the Polytechnic with the requirements of payment of an application form fee of N2,000 for all candidates, an additional N1,000 for candidates with one O’Level result and additional N2,000 for candidates with two O’Level results.

“This implied the payment of a total money of N4,000 for candidates with two O’Level results seeking admission into the polytechnic”, he said.

Alhaji Ita said that the implication of unauthorized websites defrauding candidates was further made serious by historical incidents relating to the Kwara State Polytechnic Ilorin.

“There was also an incident a few years ago in which some unscrupulous people were found to have been fraudulently selling admission forms of the Kwara State Polytechnic to candidates around the Post Office area, Ilorin. The perpetrators were arrested once the matter came to the notice of the Polytechnic and handed over the Police for prosecution.

“Also a few years ago, precisely around 2016, one of the cyber cafe operators within the premises of the Kwara State Polytechnic Ilorin, was arrested by security personnel of the institution for allegedly forging fees clearance documents for graduating students in the school.

“The said cybercafe operator was caught with a stamp and signature specimen of the approving officer of the audit department of the institution. The suspect was subsequently handed over to the Police for interrogation and prosecution”, he said.

The people, who described the action of the suspect as economic sabotage and a dent to the image of the polytechnic, called on the school management to take drastic action on the matter.

“Just as the polytechnic swung into action on the fraudulent cybercafé operators by handing them over to the Police, it is now time for the Kwara State Polytechnic to evolve strategies for the internet or cyber equivalent to protect its image and put an end to the economic sabotage of fraudulent websites using the polytechnic’s image.

“There is an urgent need in the public interest to curb the proliferation of fraudulent websites for admissions, screenings and employments associated with Government Institutions and which have become major sources of headache for candidates and applicants likewise,” he said.