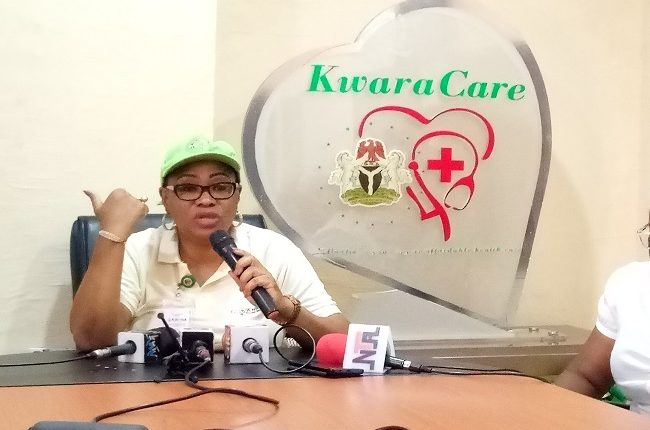 Recently launched Kwara state health insurance agency has so far captured 100,000 people out of the projected 3.2 million population in its database in the ongoing enrolment of people for subsidized healthcare programme in the state.

Speaking with journalists in Ilorin on Monday, the executive secretary of the agency, Dr Olubunmi Jetawo-Winter, said that the project aimed to rehabilitate each healthcare facility in all the 193 wards in the state for the project implementation.

The agency boss, who said that 200 enumerators, 32 supervisors and two separate companies had been engaged to oversee the ongoing registration of beneficiaries, added that 59 healthcare facilities, out of 200 already inspected, had been accredited for the programme.

She also said that health workers were being trained for the project, aimed at providing affordable, accessible and quality health care for people of the state.

“So far, we are in the third week of the 12 weeks of the registration exercise and we have already captured over 100,000 beneficiaries in the registration data. We are hoping that by week 12, which is early next year, we should have captured a good number of the Kwara residents.

“The benefits package ranges from simple ailments like cold, malaria and it goes on to secondary services like surgeries, childbirth, antenatal etc.

“As a result of the launch, we have indigent who never had access to healthcare going through surgeries, we have had a couple of childbirths under the scheme. All these were 100 per cent subsidized for the beneficiaries.

“For the purpose of health insurance, we have divided the population into three segments. Segment one involves the indigent people and those people are 100 per cent subsidized by the state government through the equity fund that is derived from the one per cent consolidated revenue fund that comes from the state once a
year.

“The second segment of the population is the informal sector. The premium of the people in this category has been put at N6,000 per person per year. The premiums are not arbitrary figures. They were scientifically determined putting all our health risks into a basket and determining the cost of providing such healthcare per year.

“The third segment is the formal sector. This sector is actually divided into two parts, namely the public and private sectors. The premium is N9,000 per annum per year”, she said.