The owner of Soft Life Style (SLS), songwriter and Afrobeat musician, Eyanro Ayokanmi popularly known as Frequencie, in this exclusive interview session by Friday Treat, shares his experience in the highly competitive Nigerian music industry, his projects and aspirations. 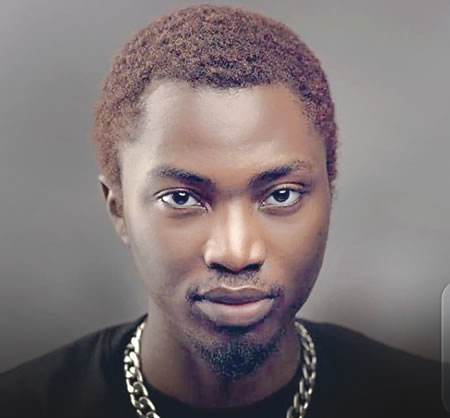 I attended St Joseph Primary School and proceeded to Mount Camel Secondary School, Ilorin for secondary school education. I studied Adult Education at the University of Ilorin and holds a Masters in Business Administration from the same institution.

How did you venture into music?

I have been singing from my childhood. My brother used to entertain his friends whenever there was no light (electricity supply). It was just for fun at that time. I started performing at carnivals while growing up and people advised me to start writing songs. I started writing officially in 2007, that was the year I recorded my first song in the studio.

Would you say you are a song writer or musician?

One thing people are not aware of is that music is an occupation. Being a musician is in two ways; We have musicians with good voice, charisma, stage craft but they can’t write their songs. They have all it takes but the record label will need song writers like us to write good songs for them but people like me have both talents to write and sing the song. The finance needed to sponsor yourself is very high, so we make money from writing to support our career as a musician as well. What I do is to download sounds and record different songs for websites or soundtrack for movies. Some producers just need soundtracks and they subscribe to those websites. They post their description on the website and you produce the song on your own, if you are in luck they accept your work; you get paid for the service.

I am ghost writer. There are song writers who take credit for their songs. Ghost writers don’t take credit but work behind the scene. People in Nigeria and Africa don’t understand the business side of ghost writing. People are always sceptical because some people are not professional. They breach agreement by telling people about songs written for artistes. But as a ghost writer you are not expected to mention it to anybody as part of the agreement. Record labels are always comfortable working with ghost writers because of non -disclosure agreement. So, that is why I am ghost writing because if I stand alone, that sense of trust will not be there anymore, especially from clients. It’s not their fault because some people have created issues for them (artistes or record labels).

Have you written any songs?

I recorded my first song as a professional in 2016 during my service year (undergoing NYSC). I was deployed to Sokoto State but seeing the decayed infrastructure was painful. My colleagues and I were thinking of writing theme song, so I wrote WAZOBIA. The song lyrics read: ‘Dem say make you calm down, no job, dem say make we calm down, dollars dey rise make we calm down, one love my brothers, me and you be WAZOBIA’. The song was trending in camp but I redeployed to Kwara State. I felt Sokoto was not good for my career. That was when I started pushing the song online; we produced the stickers and flyers to promote the song nationwide. The following year, I got email from Fela’s family to perform at Felabration. They made provision for accommodation, transport and security from Ilorin to Lagos. I felt great to perform on their stage that had been in existence before I was born, especially with family of the Afrobeat originator. I liked the experience and came back to Ilorin. You know a lot of people want to leave Ilorin but I want to develop the occupation here.

People are now seeing the prospect in music occupation. Nobody here is mentoring the young ones as most of their role models are in Lagos. So, I want to develop the industry in Kwara State and be a role model to upcoming artistes. This is why we set up my studio in Ilorin. Some people don’t know we have standard studios in Ilorin. People go to Lagos, thinking it is only in Lagos one can make it big in the music industry. I stand to be an example and that is why I am not job hunting with my certificate or relocate to another city. To achieve that, we organized awards for radio and television stations in the state. We recorded songs for over 100 students from Kwara-based higher institutions free of charge and gave them short trainings to brush up their skills. Although, some people just want to sing but we focused on people with talents and encourage others to discover their talents. A book publisher in the state, Sunday Sunday endorsed me as face of their cover.

I have also dropped an Extended Playlist (EP) containing eight tracks and it’s available for download on over 200 websites. It comprises a selection of songs that can teach the youths moral and how to build their capacity.

All these is just to encourage people going through difficulty to stay focused because they are not the only ones facing life’s challenges. Another track is about building relationships. I featured the late Dagrin in another one that preached understanding. During the 2019 general elections, we staged vote wisely campaign and produced 5,000 vote wisely stickers to sensitise people against vote buying and selling. We distributed satchet water in about 10 local government areas in Kwara State. I also featured Sean Tizzle and Vector in another single. I have recorded 38 songs and written over 700 songs.

How would you describe Kwara State’s entertainment music industry compared to others?

Kwara State entertainment industry is below average and can’t be compared with many other states because entertainment is about expression. If you see a mechanic, you would recognise him by appearance, but will I, in the same regard, be able to walk freely in Kwara? If am walking around as an entertainer and I have the big dreadlocks like my mentor, Bob Marley, will I not be accosted?

Secondly, access to some certain materials, which I think Kwara State can capitalise on. Kwara State can build theatres or event centres, such that people all over Nigeria can come down, and rent these facilities; while they are making use of the facilities, they will be employing our youths.

How do you think government can boost this industry in the state?

The Government should stop attending to individuals when it comes to entertainment and they should stop bringing people that are below average to guide them on how to develop the industry. As I am now, I know how much effort I put in during the election but yet, I haven’t been invited. I won’t be going there so it won’t look like I am looking for what to eat. Because then, I won’t be able to achieve what I’m supposed to. Until I’m invited, that’s when I would be able to speak my mind. So, I’m calling on the government to stop attending to certain people, because they don’t know about the business of entertainment, they just want to do it for personal gains. I think the government should investigate the people they will put in specific positions before entrusting anything into their hands.

What should people expect in the future from you?

My fans should expect a lot of great works. Our youth should understand who they are and where God has placed them. They should have it in mind that money is not wealth, they should keep working hard and they should not let anybody tell them Nigeria cannot be great.

What is your view on copyright in the industry?

That’s why we can’t produce a lot of entertainment millionaires without them having something else to support themselves. The industry is not structured very well and it’s as a result of having a bad structural market; piracy is a result of the condition of the country. If the country is in good state, we wouldn’t be having this issue. That’s why we have cinemas all over the place. So, I would suggest that the artistes should balance the equation.